CNN: You Have Permission Not to Be Thankful This Thanksgiving 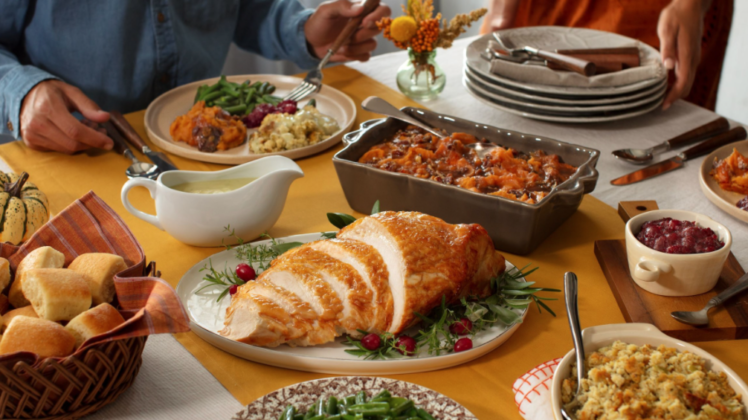 CNN wants you to not count your blessings this Thanksgiving.

Allison Hope must’ve had some salt in her morning coffee before writing this one, because you can feel the bitterness jumping off the page.

“You can serve up a portion of gratitude for your Thanksgiving this year,” she says, “but don’t expect me to join you. I am going to focus on eating my feelings with extra helpings of sweet potato pie that I don’t have to share with anyone — because no one else is coming to Thanksgiving.”

Hope wants Americans to eat their feelings rather than deal with them in her article, “You have permission to not be thankful this Thanksgiving.”

In the rollercoaster that is 2020, the author says her main feeling this year is one of “sheer terror.”

Hope invites her readers to share in her misery, and the author says that Thanksgiving is nothing more than a charade. She compares the holiday to “paint[ing] American lipstick on the proverbial colonial pig” to hide the true root of America: white supremacy.

She says the holiday conceals “the true barbarism of a time when White men first set foot on the land that they would go on to claim, along with the lives of the vast majority of people already living there, whether by force or happenstance via smallpox.”

CNN isn’t the only publication promoting ungrateful attitudes this Thanksgiving. The University of Virginia’s student newspaper featured an op-ed by Emma Camp. She isn’t satisfied with a possible Biden win. She wants more.

“Yes, a proto-facist leader has been defeated,” Camp says, “but the hateful rhetoric, conspiratorial thinking and virulent racism, xenophobia and sexism he espoused during his tenure remain deeply entrenched in American political discourse.”

To stand up against all the injustice, Camp suggests standing up to your racist relatives at the Thanksgiving table.

“Ultimately, telling your family members that their bigotry is wrong is not activism,” Camp explains. “However, it is still an incredibly important way not only to show that your moral principles — and the individuals and communities whose lives and livelihoods are in the crosshairs of these conversations — are more important to you than your relationship with racists.

Back at CNN, Allison Hope goes on to say people should not feel obligated to feel any kind of pressure to be grateful this year.

Well, I guess you are what you eat, and I’d say Allison Hope is definitely a turkey this year.