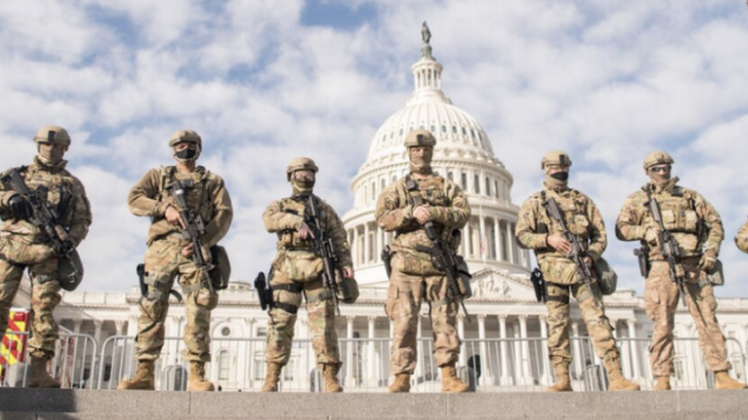 Following is a transcript of my morning radio commentary:

Hello Americans. I’m Todd Starnes with news and commentary brought to you by Liberty University.

The Associated Press reports that the FBI is vetting some 25,000 National Guard troops in our nation’s capital for the inauguration.

Army Secretary Ryan McCarthy told the AP that officials are conscious of the potential threat, and he warned commanders to be on the lookout for any problems within their ranks as the inauguration approaches.

He said he and other leaders say they have seen no evidence of any threats, and officials said the vetting hadn’t flagged any issues that they were aware of.

Military leaders tell Fox News that all service members are familiar with the Threat Awareness and Reporting Program, which “requires department personnel to report any information regarding known or suspected extremist behavior that could be a threat to the department or the U.S.”

So, what sort of “extremist” activity are the feds investigating and what do they consider to be an “extremist organization? It’s an important question because in some leftist circles being pro-life is considered extremist.

It does make you wonder if troops are being singled out for their vote on Election Day or perhaps wearing a red Make America Great Again ball cap.

What an insult to the brave men and women of the National Guard.

They took an oath to protect and defend the U.S. Constitution from all enemies foreign and domestic. Willing to put their lives on the line every single day for this country.

They know what it means to keep a promise. Which is more than you can say about the U.S. Congress.

By the way – that oath is all the vetting the National Guard needs.

True statement. I just spoke with a member of my former guard unit and they were ALL “vetted” for pro-Trump rhetoric.