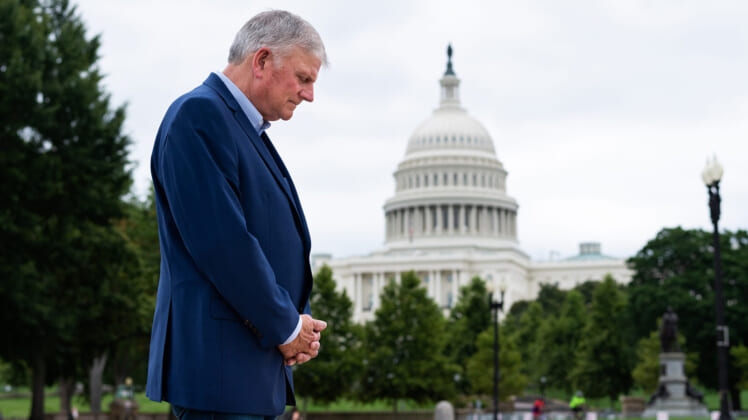 Nationally-syndicated talk show host Todd Starnes warned America in his book, “Culture Jihad,” that America was in the throes of a culture jihad.

He warned the country that the sex and gender revolutionaries would attempt to dismantle traditional gender norms.

On January 3rd, this happened at the start of the 117th Congress:

This example is just the tip of the iceberg on how Democrat politicians are changing how we think and talk about gender.

Rep. Nancy Pelosi (D-CA) and Rep. Jim McGovern (D-MA) just released a set of proposed changes to House rules to promote an “inclusive” environment. These changes would eliminate words such as father, mother, wife and more.

To promote “inclusion,” the proposed rules want to do this so they “honor all gender identities by changing pronouns and familial relationships in the House rules to be gender neutral.”

This push for language excluding gender has been going on for years, including the push for the “Latinx” agenda, for example. Simply put, the Left wants to remove all meaning of words and roles in society.

Franklin Graham, the president of Samaritan’s Purse and Operation Christmas Child, took to social media to share his thoughts about the possible changes:

Graham said our nation is at a crossroads with our culture. With the Georgia runoffs approaching this week, America’s fate will be determined in more ways than one this month.

In a world that we are literally challenging the use of “Amen,” nothing surprises me anymore. The fight for the culture continues, and as Rev. Graham said, “If those claiming the name progressive are allowed to have their way, we won’t even recognize this nation in a very short time.”