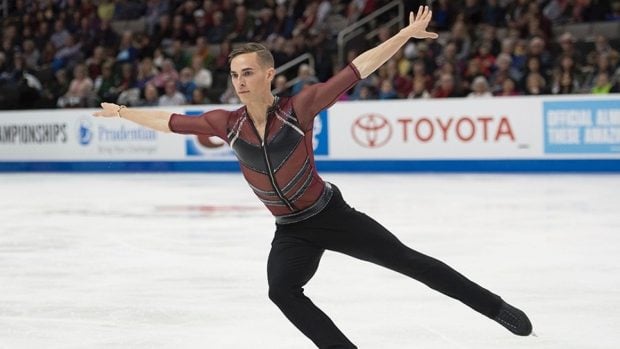 A member of the U.S. men’s figure skating team got his leotard in a twist because Vice President Mike Pence is scheduled to lead the U.S. Olympic delegation to South Korea in February.

Adam Rippon, the 2016 U.S. men’s figure skating, pitched a particularly nasty hissy fit — telling USA Today he would prefer not to shake the vice president’s hand before the opening ceremony.

Mr. Rippon is believed to be the first openly gay Winter Olympian — and he took great umbrage at the vice president’s devout Christian faith.

Mr. Rippon, the poster child for tolerance and diversity, went on to say the vice president and the Trump administration do not represent his personal beliefs.

“I don’t think he has a real concept of reality,” Mr. Rippon said. “To stand by some of the things that Donald Trump has said and for Mike Pence to say he’s a devout Christian man is completely contradictory. If he’s okay with what’s being said about people and Americans and foreigners and about different countries that are being called ‘shitholes,’ I think he should really go to church.”

Unfortunately, Mr. Rippon did not bother to do his homework before attacking the vice president. It turns out — he never supported gay conversion therapy.

“The vice president is proud to lead the U.S. delegation to the Olympics and support America’s incredible athletes. This accusation is totally false and has no basis in fact,” the vice president’s spokesperson said. “Despite these misinformed claims, the vice president will be enthusiastically supporting all the U.S. athletes competing next month in Pyeongchang.”

The male figure skater also said he will not be attending a post-Olympic celebration hosted by President Trump at the White House.

“I will participate in no form of protest. I’m representing myself and my country on the world stage,” he told USA Today. “What makes America great is that we’re all so different. It’s 2018 and being an openly gay man and an athlete, that is part of the face of America now.”

Adam Rippon may know how to land a triple axel, but when it comes to civility and grace, he’s skating on thin ice.