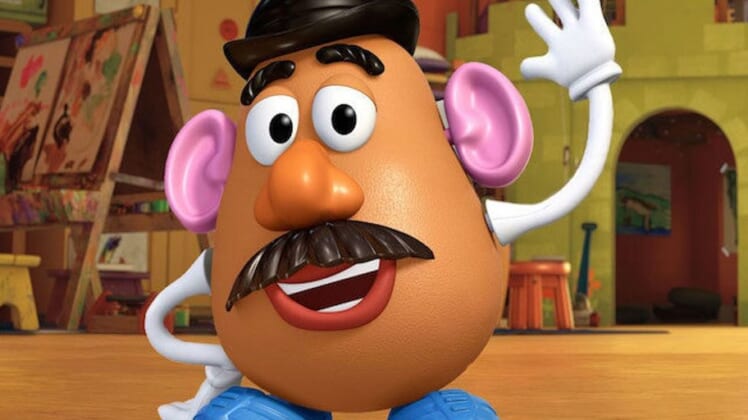 Mr. Potato Head is no longer a mister, the Associated Press reports.

Hasbro, the company that makes the potato-shaped plastic toy, is giving the spud a gender neutral new name: Potato Head. The change will appear on boxes this year.

“Is Mr. Potatohead not allowed to wear lipstick and heals and earrings,” Rep. Lauren Boebert (R-CO) asked during an Interview on the Todd Starnes Radio Show. “I thought that’s what this Equality Act was all about.”

Toy makers have been updating their classic brands to appeal to kids today. Barbie has shed its blonde image and now comes in multiple skin tones and body shapes. Thomas the Tank Engine added more girl characters. And American Girl is now selling a boy doll.

Hasbro said Mr. Potato Head, which has been around for about 70 years, needed a modern makeover.

“There’s some freaky stuff going down in the toy box,” said nationally syndicated talk radio host Todd Starnes. “What’s next – turning G.I. Joe into a transsexual? Or maybe Tom and Jerry are engaged in a trans-species relationship.