“God Has Not Called Us to Save America” – Southern Baptist President J.D. Greear 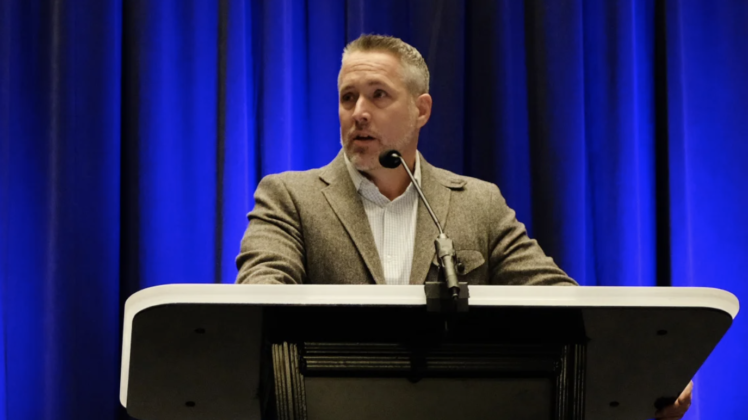 The president of the Southern Baptist Convention is facing widespread criticism over a message he delivered to denominational leaders in Nashville this week.

“We are not, at our core, a political activism group,” he said in an address to the denomination’s Executive Committee. “We love our country, but God has not called us to save America — he’s called us to build the church and spread the gospel and that is our primary mission.”

Religion News Service reports Greear attacked his fellow Baptists by suggesting there were racists in their pews.

“We should mourn when closet racists and neo-Confederates feel more at home in our churches than do many of our people of color,” he said. “The reality is that if we in the SBC had shown as much sorrow for the painful legacy that racism and discrimination has left in our country as we have passion to decry CRT, we probably wouldn’t be in this mess.”

Christians must read this important book written by Pastor Chappell — regarding wokeism in the church. Click here to read “Keep the Faith.”

In recent years many Southern Baptists have expressed grave concerns about the denomination’s leftward drift. They have been especially angered by Never Trump leaders who openly condemned former President Trump.

But Greear’s remarks seemed especially personal and directed towards those who sit in the pews in Southern Baptist churches on Sunday morning.

“Do we want to be a gospel people, or a Southern culture people? Which is the more important part of our name — Southern or Baptist?”

It’s an unusual question seeing how Greear pastors a church whose name includes neither the word Southern or Baptist.

Dr. Paul Chappell, pastor of Lancaster Baptist Church, in California took issue with Greear’s admonition that “God has not called us to save America.”

Dr. Chappell recently wrote a popular book explaining what is happening to many denominations as they struggle with critical race theory and wokeism. Click here to get a copy of “Keep the Faith.”

“It’s tragic when we see wokeness  affecting these large denominations and we’re saddened,” Chappell told Starnes. “And I’ve spoken to some of the old men of that movement who said we fought the battle for inerrancy, and we won it and now we’re losing it to the progressives.”

Chappell said Christians are watching “this pulling away from supporting conservative causes or candidates on the part of those in the woke movement.”