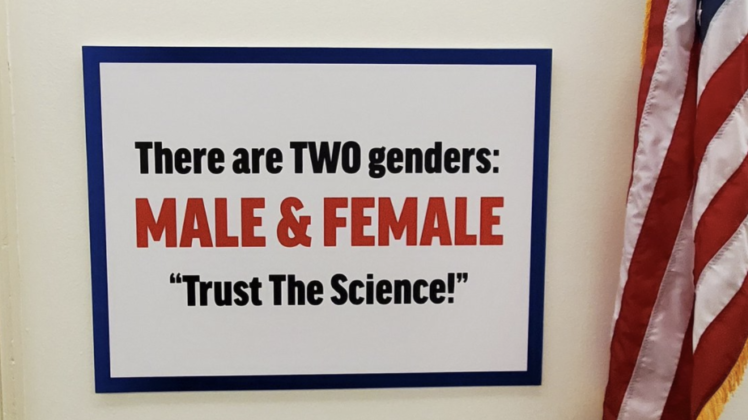 The Equality Act is a dangerous piece of legislation that would relegate biological women to second-class citizens and would silence people of faith.

Among the fiercest opponents of the legislation is freshman Rep. Marjorie Taylor Greene (R-GA).

“God created ONLY TWO genders.” she rightfully pointed out.

Rep. Marie Newman (D-IL), whose office is directly across from Greene’s, posted something called a “transgender flag” to send a message to the Georgia congresswoman.

In response to that, Greene posted a placard outside her office stating a well known, scientifically proven fact: “There are two genders: male and female. Trust the science.”

Our neighbor, @RepMTG, tried to block the Equality Act because she believes prohibiting discrimination against trans Americans is “disgusting, immoral, and evil.”

Thought we’d put up our Transgender flag so she can look at it every time she opens her door ??️‍⚧️ pic.twitter.com/dV8FatQFnx

Thought we’d put up ours so she can look at it every time she opens her door ??? https://t.co/7joKpTh6Dc pic.twitter.com/aBGRSiIF6X