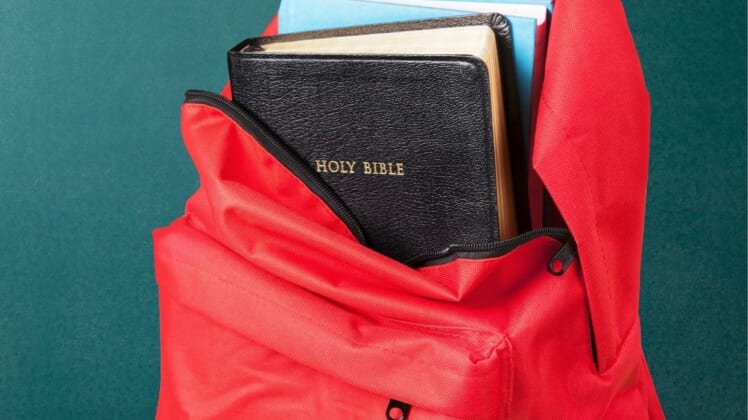 A Wisconsin-based anti-religion group is pitching a hissy fit after a group of Georgia Baptists donated free backpacks to children.

A child at Graysville Elementary School in Ringgold was sent home with a purple King James Bible and a note inviting them to join the Catoosa Baptist Association family in May, according to a “concerned viewer” of News Channel 9.

Chris Line, an attorney for the Freedom From Religion Foundation, claimed the “Hope New Testament” given to the children violates the law.

WATCH TONIGHT ON @newschannelnine AT 5: Hear from @SabrinaNC9 how this gesture of goodwill sparks a debate over church and state. https://t.co/am0sTFOqbS

He went so far as to compare the distribution of Bibles to loaded firearms.

“I mean, if they if there were weapons in the backpacks, and the school wasn’t aware, the school would still be liable for helping distribute those,” said Line.

“They’re like predators – lurking in the shadows — a bunch of godless, heathen atheists out there bullying Baptists,” he said on his program.

The school’s principal, Kerri Sholl, said the school is doing all they can to make sure it never happens again, adding to the local news her goal is to educate children and keep them safe.