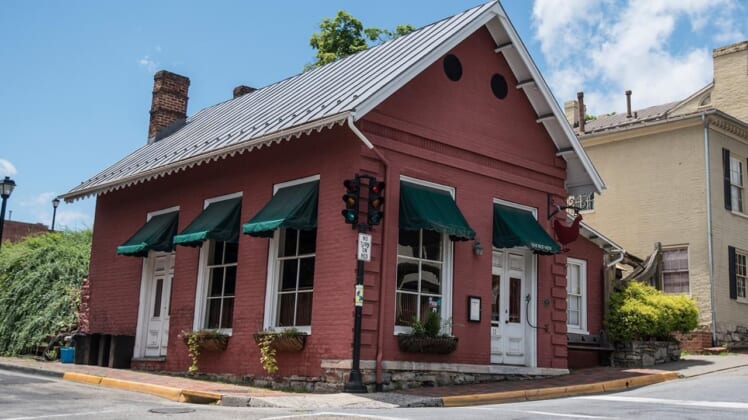 Former Arkansas Governor Mike Huckabee joined The Todd Starnes Show on Monday to discuss the recent controversy where his daughter, Press Secretary Sarah Huckabee Sanders, and her family were asked to leave a restaurant in Lexington, Virginia.

Sanders says she was told by the owner of Red Hen in Lexington to leave because she “worked for” President Trump. Huckabee further added that when Sanders was pulled aside by the owner and told she was not welcome in the restaurant, she returned to her husband and informed him they had to leave.

Sanders handled the situation with grace and professionalism, noting that she tries her best to treat people she disagrees with “respectfully.”

“Last night I was told by the owner of Red Hen in Lexington, VA to leave because I work for @POTUS and I politely left. Her actions say far more about her than about me,” Sanders tweeted. “I always do my best to treat people, including those I disagree with, respectfully and will continue to do so.”

Huckabee said the owner of the Red Hen “organized” a group of people to go and harass other members of the Sanders family at a restaurant nearby.

“There’s nothing polite about that,” he said, referring to the owner’s assertions that she politely asked Sanders to leave.

Huckabee and Starnes noted the hypocrisy among The Left for praising the denying of service to Sanders for her work while wanting to force Christian bakers to bake cakes for same-sex weddings despite their religious objections.

Huckabee said the owner’s refusal to serve Sanders in the restaurant speaks more to her character than the character of his daughter.

“If the owner of that restaurant really wanted to make a point, she could have said, ‘Miss Sanders, can I speak to you a moment?’ Then pulled her aside and said, ‘Look, you go into the Oval Office four or five times a day, and speak directly to the President of the United States. There are some things I am very troubled about and I would deeply appreciate it if you would say to him some things that bother me.’ She would have had an opportunity so say something to the person who has greater access to the President than anyone other than his wife and the Chief of Staff,” he said.
“Instead she decided not to have a moment where she could have maybe made a point. She just did something that makes her look like an absolute hateful bigoted bully,” he concluded.
Sanders referenced the controversy during a press briefing on Monday, noting that the diversity of thought in America is what makes the country so great.
“Healthy debate on ideas and political philosophy is important, but the calls for harassment and push for any Trump supporter to avoid the public is unacceptable,” she said. “America is great country and our ability to fund solutions despite those disagreements is what makes us unique.”
Editor’s Note: Facebook is cracking down on Conservative content. To ensure you receive conservative and faith-based news items – click here for a free subscription to Todd’s newsletter.