‘Just Put On Your Freaking Mask & Shut The Hell Up,’ Says Restaurant Owner 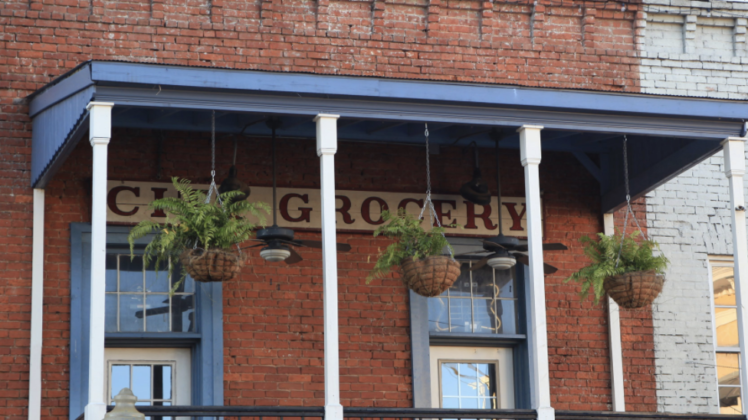 “Just put on your freaking mask and shut the hell up,” said John Currence, the owner of the City Grocery Restaurant Group in Oxford, Mississippi in an Instagram post. “Stop playing like this is about freedom. You can’t smoke in our restaurants, you have to wear shirts, kids can’t drink, you can’t man-handle my staff, you can’t carry a gun, so why is a MASK an ‘infringement’ on your freedom?”

It’s not exactly clear what gave the James Beard Award-winning chef a bad case of indigestion.

Currence told television station WREG that his Instagram rant was meant to be an “inspirational message.”

If he’s that worried about a virus without a known cure, why reopen his restaurants at all? Why expose his staff and diners to unnecessary risks – if he truly believes the virus is still a threat.

Now that sounds like something the Iranian Ayatollahs would tell ladies who want to venture outside without wearing a head covering.

Stop playing like this is about freedom. You can’t smoke in our restaurants, you have to wear shirts, kids can’t drink, you can’t man-handle my staff, you can’t carry a gun, so why is a MASK an “infringement” on your freedom?

Chef Currence describes himself as an “opinionated husband” and his Twitter page is filled with opinions – several rather critical of President Trump and his handling of the China virus.

In a May 4th tweet he called the president a moron and on May 15 he called Eric Trump “Droolio.”

He’s also not a fan of Mississippi’s Republican U.S. senators.

“Not at all surprising that ‘senators’ @rogerwicker and @cindyhydesmith completely out themselves as spineless toadies of self-interest concerned only with sucking up to a clearly guilty president. Your OATH was to protect the Constitution, remember, or did you miss that part?”

So how, exactly, are diners supposed to eat sweet tea-brined fried chicken if they can’t take off their face mask?

“It is not your place to question decisions that individual businesses make about what they expect in the way of behavior of people of people to protect the greatest number of folks they can,” Chef Currence declared on Instagram.

Chef Currence absolutely has a God-given, constitutionally-protected right to run his business as he sees fit.

And likewise, Mississippians have a God-given and constitutionally-protected right to eat shrimp and grits at another restaurant.

We aren’t CLOSE to the most per capita tests, moron. Stop patting yourself on the back. You’re a failure at this, just like everything else… https://t.co/7aolLYFZGt