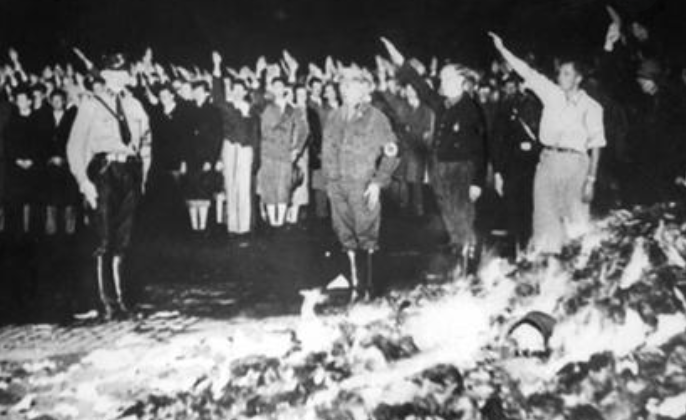 In my new book, Culture Jihad, I pointed out that out nation was under siege from Culture Jihadists – radical activists who want to culturally cleanse our nation. Click here to read my book.

They are the ones responsible for tearing down statues and monuments, banning books and music.

I warned you good folks that left unchecked the Culture Jihadists would even attempt to burn books.

And that brings us to Chattanooga, Tennessee – where a library worker has been accused of burning books written by conservative authors.

The Times Free Press reports that Cameron Williams is on administrative leave after video surfaced of him allegedly setting fire to books by Ann Coulter and President Trump.

Library spokeswoman Christina Sacco told the Times Free Press on Friday that library services coordinator Cameron Williams has been placed on administrative leave for the next five business days while the library investigates the allegations.

Mr. Williams denied any wrongdoing — telling the newspaper that he’s a victim.

“I assume a racist person is watching my social media and sending information to Chattanooga HR, Chattanooga PD, or anybody they can that will listen to try to sabotage my well being,” Williams said. “It’s a perpetuation of white supremacy and racism and it’s trying to hold back change, but we won’t quit.”

That’s true – but he does not have a right to burn anything purchased by taxpayers and that includes library books.