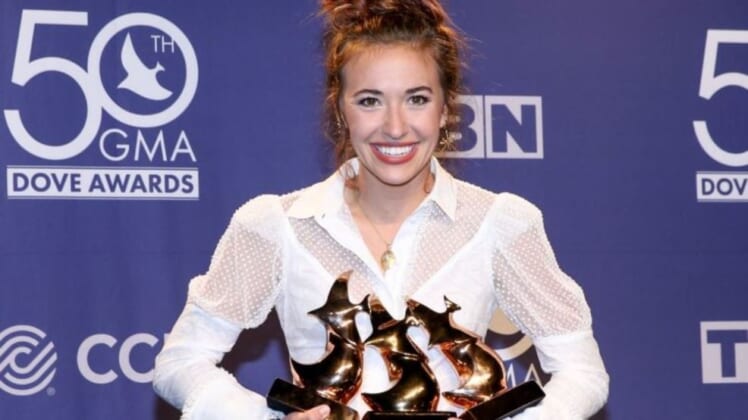 Lauren Daigle dared to worship God outdoors during the pandemic and now, she’s being punished for it.

When Daigle was riding her bike around New Orleans in Nov., she noticed an organized “Let Us Worship” rally already going on at a park. She was asked to sing and obliged with the following hymn:

Fortunately, not everyone attacked Daigle. Louisiana Attorney General Jeff Landry stood up for the Christian artist:

In her letter to Dick Clark Productions, Mayor Cantrell said that “Ms. Daigle cannot and should not be rewarded with national media exposure and a public spotlight.”

You have to wonder…If this had been a BLM protest, would officials have been so outraged? I’m guessing probably not.

In her official statement, Daigle explained her reason for getting involved in the rally: “My involvement was focused on lifting spirits, providing hope, and encouragement, during these polarizing times.“

At the time of her statement, she had been in talks to be a part of the New Year’s Eve event.

“I would have been, and still would be, honored to represent our city on New Year’s Eve,” Daigle said, “and although I was aware of discussions regarding my involvement, an offer was never made.“

Well, we now know officially that Daigle will not be joining the lineup.

Apparently, you can gather to protest, but worship services are out of the question in New Orleans.