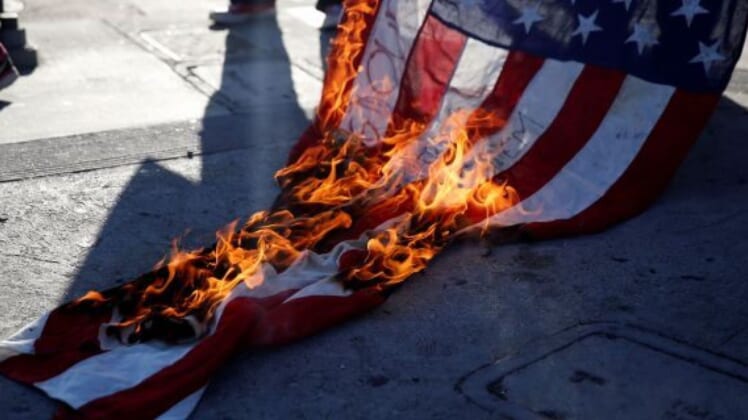 President Trump says he supports a proposed constitutional amendment that would ban the burning of the American flag.

The president wrote on Twitter that he was “all in” and called the measure “a no brainer.”

All in for Senator Steve Daines as he proposes an Amendment for a strong BAN on burning our American Flag. A no brainer!

The Supreme Court ruled in 1989 that burning Old Glory was protected free speech under the First Amendment.

In 2016 Trump recommended jail time for miscreants who torched the Stars and Stripes.

“Nobody should be allowed to burn the American flag – if they do, there must be consequences – perhaps loss of citizenship or year in jail!” he tweeted.

The Left believes that the only way to truly express devotion to America is to burn Old Glory, spit on our troops and take a knee during the National Anthem.