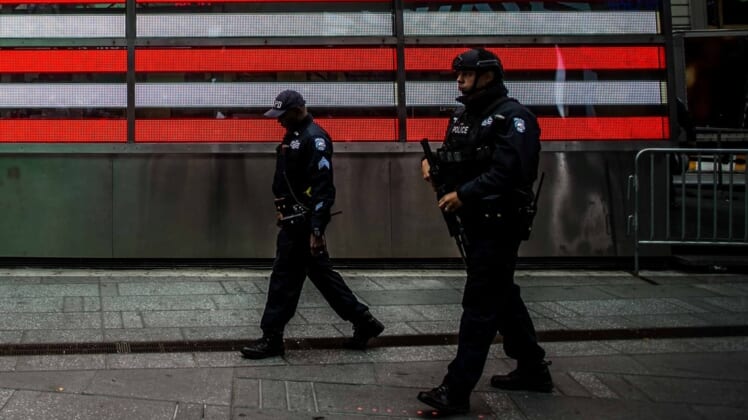 One color that won’t be seen among a sea of colorful flags at New York City’s Pride parade is the thin BLUE line.

All police, including groups representing LGBT officers, will be banned from the event until at least 2025 “to create safer spaces for the LGBTQIA+ and BIPOC communities,” the organization announced Saturday.

“The sense of safety that law enforcement is meant to provide can instead be threatening, and at times dangerous, to those in our community who are most often targeted with excessive force and/or without reason,” the organization said in a statement. “NYC Pride is unwilling to contribute in any way to creating an atmosphere of fear or harm for members of the community.”

Instead, organizers will reallocate law enforcement services to “trained private security, community leaders and volunteers,” and will only use NYPD first response and security “only when absolutely necessary,” according to the statement.

“There’s always been aggression by law enforcement and it’s been an issue in the community for years,” a spokesperson told CNN. “The events of last year, with protests over George Floyd, there have been a lot of run-ins with the NYPD, so we began to think long and hard about this decision.”

The NYPD slammed the decision to remove law enforcement: “The idea of officers being excluded is disheartening and runs counter to our shared values of inclusion and tolerance.”

“It is demoralizing,” said GOAL President Brian Downey. “Pride’s response to activist pressure is to take the low road by preventing their fellow community members from celebrating their identities.”

“Look, I fully appreciate the extraordinary history of Pride in this city and I honor what Pride has achieved over the years, I think that decision’s a mistake,” the Democrat mayor said, adding it’s not inclusive of LGBT officers who want to march in solidarity.