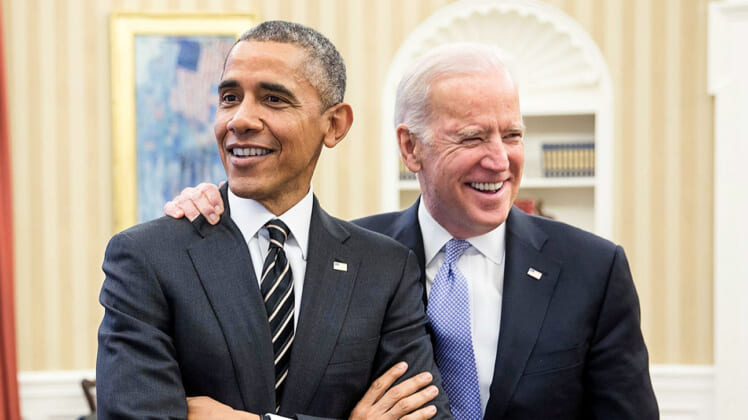 The Democrats would have you believe that slaves are being bought and sold at Walmart and Costco.

But the truth is you cannot purchase a slave on American soil. There are no slave masters working the cotton fields of Mississippi. “Gone with the Wind” is long gone.

We are a nation that has overcome one of the most heinous blemishes on our history. We fought a war to free the slaves. Blood was shed on American soil to ensure that all men were created equal.

We are a nation that once raised up a generation who had a dream – a dream of a society where men and women would be judged by the content of their character and not the color of their skin.

For a moment that dream was realized.

But now our great nation is in the throes of yet another race war – this one specifically targeting White Americans. Schools are teaching caucasian children that they should apologize for their pigmentation.

Many companies are forcing white employees to denounce their so-called “white privilege.” Anyone who opposes the full-scale destruction of historic monuments is labeled a racist or a white supremacist.

And now, the critical race theory mob is about to come after our bank accounts – reparations.

Rep. Sheila Jackson Lee introduced a resolution to setup a committee to study and develop reparation proposals for African-Americans. According to the bill’s summary, the committee “shall examine slavery and discrimination in the colonies and the United States from 1619 to the present and recommend appropriate remedies.”

“The impact of slavery and its vestiges continues to affect African Americans and indeed all Americans in communities throughout our nation,” Jackson Lee said in remarks reported by the Washington Examiner.

Former President Barack Hussein Obama has not fully endorsed the notion of taking money away from taxpayers and redistributing it to African Americans.

But he dabbled his big toe in that political pond the other day during a podcast interview with alleged drunk driver Bruce Springsteen.

Obama blamed “the politics of White resistance and resentment” as the reason why he didn’t push financial reparations for Black Americans during his presidency.

Obama said he believes reparations are “justified” and that “there’s not much question that the wealth… the power of this country was built in significant part — not exclusively, maybe not even the majority of it, but a large portion of it — was built on the backs of slaves.”

“We can’t even get this country to provide decent schooling for inner-city kids,” Obama said. “And what I saw during my presidency was the politics of white resistance and resentment. The talk of ‘welfare queens’ and the talk of the ‘undeserving’ poor. And the backlash against affirmative action. All that made the prospect of actually proposing any kind of coherent, meaningful reparations program … not only a non-starter but potentially counterproductive.”

The White House has yet to say whether President Biden would throw his support behind a reparations bill, but don’t be surprised if he does.

There are many people in this country who believe that working class Americans should share their paychecks with oppressed citizens like Oprah, Tyler Perry, LeBron James and Maxine Waters.

I don’t care if you are black or white, that’s not reparations. That’s thievery.