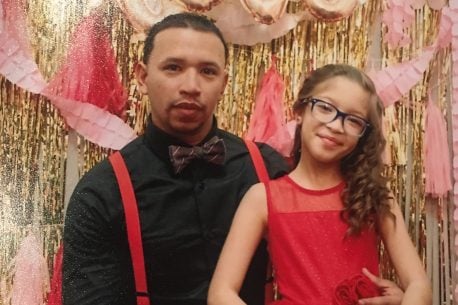 A grade school in Staten Island, New York was forced to cancel its annual father-daughter dance because it violated a new school district policy regarding transgender and gender nonconforming student.

The New York Department of Education directed schools to eliminate any gender-based practices like the daddy-daughter dance unless the activities served a clear education purpose, the New York Post first reported.

“If this doesn’t convince you that the PC/SJW movement has lost their minds I don’t know what will,” Donald Trump, Jr. tweeted. “This nonsense really needs to stop.”

The PTA president at PS 65 blamed the cancellation on the district’s new “Transgender and Gender Nonconforming Student Guidelines,” the Post reported.

“Father-daughter dances inherently leave people out. Not just because of transgender status, just life in general,” said Jared Fox, the district’s LGBT community liaison told the newspaper. “These can be really uncomfortable and triggering events.”

Support companies that support Conservative Commentary. Click here for a message from SuperBeets.

Yes, good readers – there are actually people in America who live in fear of being triggered by a grade school’s daddy-daughter dance.

However, the LGBT liaison said there is no outright ban on father-daughter dances – provided they are inclusive.

“For a young trans girl, to be able to go to a father-daughter dance can feel very affirming because in this instance she’s recognized as a daughter,” Fox told the newspaper.

Parents are furious over what they see as a capitulation to political correctness and militant sex and gender revolutionaries.

“They’re trying to take away everything that everybody grew up on and has come to know and I don’t think it’s fair or right,” said Matthew West, a 32-year-old father of two daughters told the newspaper. “They should leave it the way it was — father-daughter, mother-son.”

A district spokesperson told the Post that the school was ordered to make changes to ensure that all students and families were welcome to attend.

“The DOE . . . has strict guidelines about how we present information,” the principal wrote in a note to parents. “They have a ‘gender neutral’ policy that must be adhered to at all times.”

Penny Nance, the president of Concerned Women for America said on the Todd Starnes Radio Show that she was heartbroken and deeply concerned by the cancellation.

“It’s not in anyone’s best interest to throw a wet blanket on any kind of a program in which schools are trying to strengthen the father-daughter relationship,” Nance told me. “The people that are hurt by this are young women.”

Nance said she fondly remembered her daughter getting dressed up and attending her first father-daughter dance.

“The whole point of that was to teach her how she was supposed to be treated — what it feels like to have a man honor you and give you respect and open a door for you and show you love and kindness. I am so grateful for those times between my daughter and my husband,” Nance said.

“I want that for every single young woman in this country,” she said.

Sadly, the young girls at PS 65 will no longer experience that precious dance with their fathers because the school district is afraid of stepping on the LGBT community’s toes.