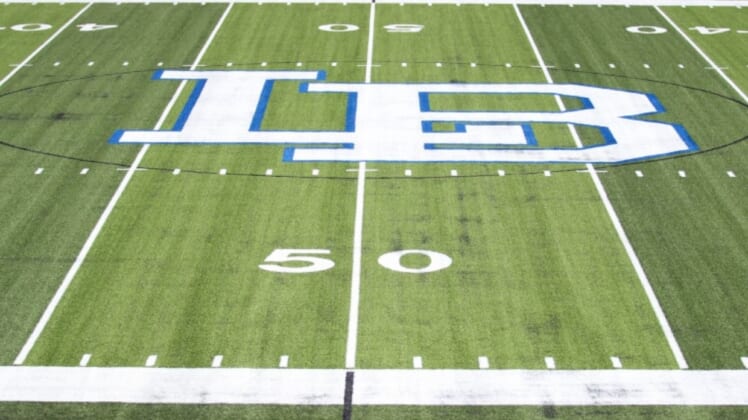 Fight back against Big Tech censorship by signing up for Todd’s free daily newsletter. Click here to subscribe!

An anti-Christian activist group is complaining about a high school football team’s pre-game prayer and the marching band’s playing of “Amazing Grace.”

Scott Garlock, the head coach of the Liberty Benton Eagles football team in Findlay, Ohio, was the target of a Freedom From Religion Foundation (FFRF) letter dated Sept. 1 for “using his position to promote Christianity to his students.”

The Wisconsin-based group notched a victory for the atheists and agnostics after the coach reportedly “stopped praying with players” following their complaint. However, the Todd Starnes Show was told the student-led prayers and playing of “Amazing Grace” will continue the same as before.

Citing a concerned “community member,” the group claims Garlock started the “Friday Night Prayer” tradition in which the school marching band would play “Amazing Grace” before leading fans and cheerleaders on the field for prayer.

“It is illegal for public school athletic coaches to lead their teams in prayer or instruct others to lead team prayer,” Line wrote. “It is also illegal for the school to sponsor a religious song and prayer before games.”

Liberty-Benton Local School District Superintendent Mark Kowalski responded in a letter dated Sept. 29, saying there was an internal review and action would be taken to address FFRF’s complaints, including speaking to staff members about the “sensitivities surrounding school employees being involved in prayer with students on school grounds and on school time,” The Courier reports.

The superintendent cited school board and state policy that gives students the right to engage in religious expression before, during, or after school in the same way they could in secular activities or expression.

“The district will not adopt policies, operations, or procedures that curtail these rights,” Kowalski responded.

“The Freedom From Religion Foundation is a godless organization that has a notorious history of bullying small school districts with frivolous complaints filed by ‘anonymous’ citizens,” Starnes said. “There’s nothing criminal about a high school marching band playing ‘Amazing Grace’ or a football team reciting ‘The Lord’s Prayer.’”