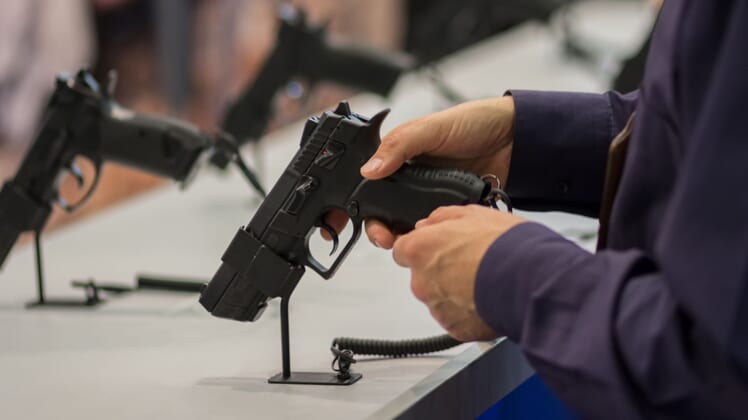 Some residents in a South Carolina county aim to pass an ordinance that would designate the area a sanctuary for Second Amendment rights, a report said.

The designation would mean that residents in Horry County, the state’s easternmost county, would no longer have to comply with future changes to state or federal gun laws, WMBF News reported.

Representatives from the county have expressed support for the measure, which is due for a second public hearing on Tuesday. A website called, HorryDemocrats.org, criticized the ordinance for potentially giving “a local ordinance priority over state and even federal laws—laws that haven’t even been written yet.”

The county would be the second in the state to win the designation, WPDE.com reported. Proponents of the measure insist that the move is a step to protect residents from the potential overreach from state and federal governments.

“That’s what we need to show here, that our law-abiding citizens are waking up and sticking together to protect our constitutional rights,” said Al Allen, a councilman and U.S. Air Force veteran. “We are saying that we, as a county, will support the Second Amendment of the constitution and that we will not accept any efforts by any other government entity in order to change that or to weaken that.”

He said the ordinance would not supersede any state laws but would give Second Amendment rights advocates another leg to stand on.

“It would be a very, very sad day to where if leaders in the state of South Carolina were to pass a law to where they would want to come and confiscate the guns of law-abiding citizens. We would fight that vehemently; we would fight it through the courts and stuff. We would fight it literally and physically on a local level,” Allen said, according to WPDE.com.

Second Amendment sanctuary cities have popped up in states like Colorado, Florida and Virginia, but there are questions on whether or not the designation would hold up in court. The Washington Post pointed out that state constitutions and common law generally “affirm the ‘supremacy’ of federal and state law.”