Starnes: Hey Prince Harry, Don’t Let the Door Hit You Where the Good Lord Split You 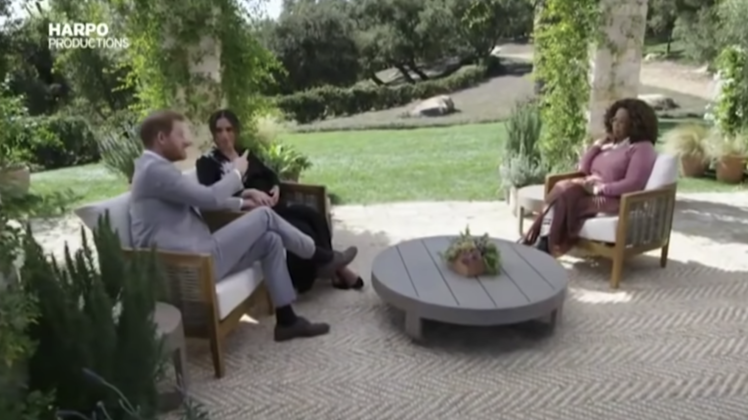 The following is a transcript of Todd’s morning radio commentary, heard on hundreds of stations around the nation.

Prince Harry loves the American good life but hates the Bill of Rights.

The Duke of Sussex calling the First Amendment “bonkers.” That’s what he said during an interview on the Armchair Expert podcast.

“I don’t want to start sort of going down the First Amendment route because that’s a huge subject and one in which I don’t understand because I’ve only been here a short period of time,” Mr. Meghan Markle said. “But, you can find a loophole in anything. And you can capitalize or exploit what’s not said rather than uphold what is said.”

He specifically took issue with the paparazzi.

“I’ve got so much I want to say about the First Amendment as I sort of understand it, but it is bonkers,” he continued.

Prince Harry accused Americans of exploiting and capitalizing on the right to free speech. So sayeth the guy who sat down for a jaw-dropping, tell-all interview with Oprah.

No offense to the British – but we really do need to beef up security at our borders.

Former Brexit leader Nigel Farage tweeted: “For Prince Harry to condemn the USA’s First Amendment shows he has lost the plot. Soon he will not be wanted on either side of the pond.”

That being said – if the prince gets triggered by the Bill of Rights he might feel more comfortable back home across the Big Pond.

Delta is ready when you are.

We have a saying back home in Tennessee, “don’t let the door hit you where the good Lord split you.”

Be sure to download my all new podcast and sign up for my daily newsletter at ToddStarnes.com.