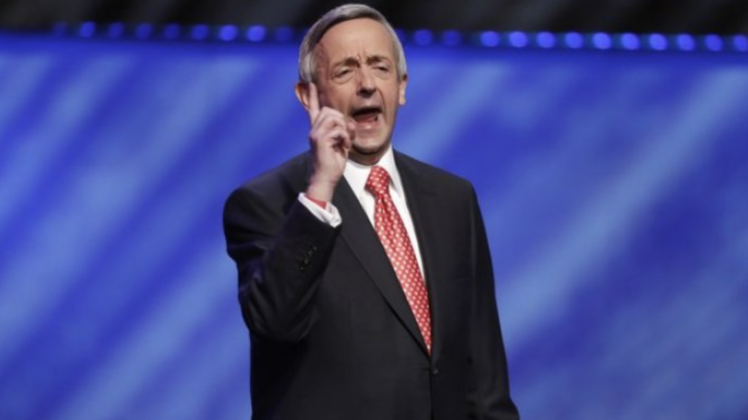 Dr. Robert Jeffress, the pastor of First Baptist Church in Dallas, warned Americans that the Biden Administration is going to be “very faith un-friendly.”

“The Biden Administration is going to be celebrating those things that God’s word condemns, whether it’s gender fluidity or the expansion of the definition of marriage or unrestricted abortion, any time for any reason whatsoever,” Pastor Jeffress said during an interview on The Todd Starnes Radio Show.

The Biden-Harris Administration has already indicated it will declare war on Christian churches, schools and businesses that do not conform to LGBTQIA teachings on sex and marriage.

“Whenever you’ve got the government celebrating what the church is condemning, you’re going to have friction and pressure and ultimately persecution,” he told Starnes.

Following is a partial transcript of the interview:

STARNES: When you look at some of the policies that are coming down the path here, and I know that the Biden administration is planning a crackdown on biological women, they are embracing civil rights for transgenderism. How concerned are you about some of the legislation they’ve already guaranteed is going to happen.

JEFFRESS: I’m very concerned, you know, give a little perspective about this. This is the way the final couple of years of the Obama administration we’re going. Things were unraveling very quickly. They were going after faith groups. The only thing that interrupted that was the Trump presidency. But now that that’s over, at least for now, I think they’re going to pick up right where Obama left it off. And you’re going to see a no holds barred attitude toward people that resist their very liberal agenda.

STARNES: You know, it’s interesting, Dr Jeffress, But I’ve been really bothered by the lack of support from some circles of the evangelical community, Catholics, liberal Catholics, the Southern Baptist Convention’s Ethics and Religious Liberty Commission. I think those people were out there actively urging Christians to either not vote or just don’t vote for Donald Trump. And I think they bear some responsibility for what happened on Election Day back in November.

JEFFRESS: Oh, I think they bear a lot of responsibility for it. And look, you know the truth is Todd, this aggressive agenda, this leftist agenda this anti-biblical agenda of the Biden Harris administration isn’t gonna bother most churches because most churches aren’t pushing back. Most churches aren’t teaching what the Bible teaches about this issue, so it’s going to be targeted toward a relatively small number of people. And I don’t think it’s a reason for us to be fearful. But we do need to be prepared for what’s ahead.