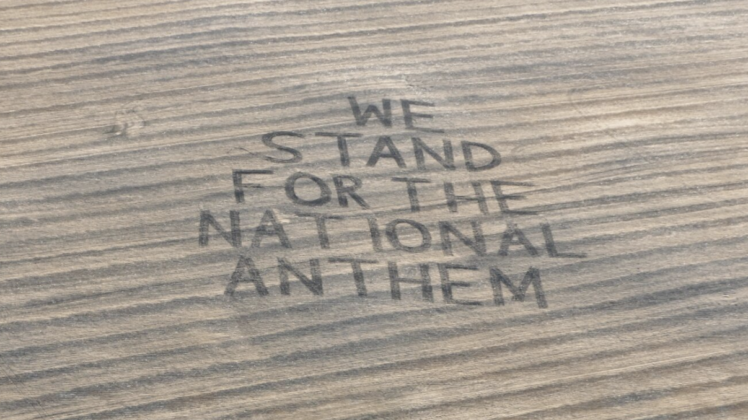 As a Fox News reporter, it was an honor to cover news during President Trump’s four years in office.

From highlighting religious freedom around the world to achieving peace in the Middle East and prioritizing the right to life for the most vulnerable, there have been countless highlights often ignored or downplayed by the mainstream media.

But for me, I’ll never forget a simple message the president had for a God-fearing farmer from Edgeley, North Dakota.

I interviewed farmer Gene Hanson who had a message for the NFL plowed in his field: “We stand for the National Anthem.”

He wanted to add, “We kneel at the cross,” but said the first frost of the season, around October 2017, prevented that.

President Trump shared the story on Facebook and wrote this: “Thank you Gene Hanson — a GREAT American (and farmer) who is standing up for our flag, our anthem, and our country!”

It was a great honor I shared with family and friends, especially coming from a president very active on social media.

Read the rest of the story here.