Trump Invites Law Enforcement to Rest Inside His DC Hotel 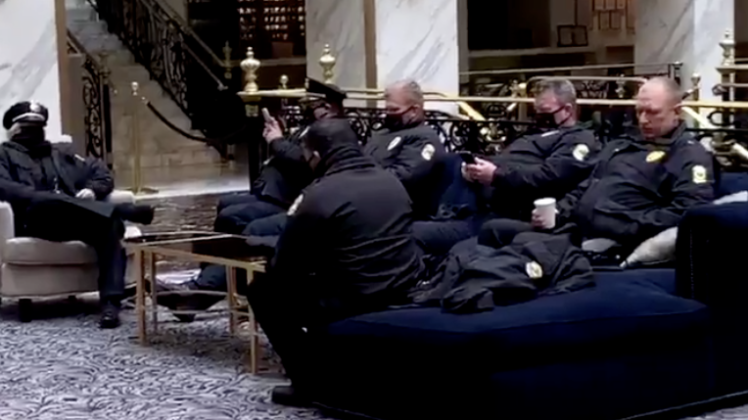 President Trump reportedly invited members of law enforcement to rest inside the lobby of Trump International Hotel in Washington, D.C.

The move came after National Guard troops were banished from the U.S. Capitol and had to take refuge in a frigid parking garage.

On Thursday, 5,000 guardsmen and women brought in to protect Joe Biden’s inauguration were forced to take shelter in an underground parking garage after they were told to vacate the building.

On Friday, an advisor told OAN that President Trump stepped in by informing the troops they could stay at his luxury hotel near the capitol.

Upon seeing the situation, lawmakers from both sides of the aisle demanded the unit be brought back inside.

So let’s review: the Democrats dumped National Guard troops in a parking garage while President Trump invited them to stay warm inside his hotel.

He’s not having it.

Reports coming in that Donald Trump is allowing the National Guard troops forced by Pelosi to sleep in a carpark, to use his DC hotel, Trump International. pic.twitter.com/bn39U98Xoc

You took your photo-opps during the illegitimate inauguration and then sent the National Guard members into the freezing temps of a parking garage to sleep on the concrete.

It was Trump who save the day here.
TRUMP HOTEL D.C.⬇️pic.twitter.com/ltkIdoNdnR https://t.co/FfllB0gsry