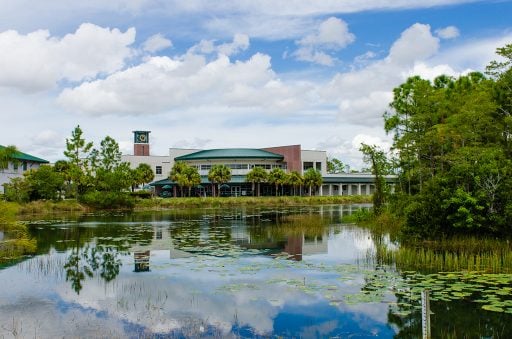 Students at Florida Gulf Coast University can take all sorts of enriching classes — from gender studies to social justice.

But a class on white racism is causing all sorts of campus chaos and charges of reverse racism.

The university calls it “White Racism.” But I call it, “Blame the White Man 101.”

The class, taught by Professor Ted Thornhill, “will interrogate the concept of race; examine the racist ideologies, laws, policies, and practices that have operated for hundreds of years to maintain white racial domination over those racialized as non-white.”

The New York Daily News reports student will also have the opportunity “to discuss ways to challenge white racism and white supremacy toward promoting an anti-racist society where whiteness is not tied to greater life chances.”

“There are a lot of people that … don’t even know that white privilege exists anymore, and it does,” student Zack De Armon told the News-Press.

Police were on hand for the first day of class after the professor said he received thousands of “vile” statements that allegedly included “racial epithets.”

There were no reported incidents and the professor said he intends to continue teaching the controversial class.

“The course needs to be taught, and so, that’s what’s going to happen,” he told television station WINK. “It’s a legitimate course.”

That’s a load of Grade-A fertilizer, folks. It seems to me the professor is simply interested in guilting white students simply because of the color of their skin.

It’s a charge the professor denies.

“It’s not simply the title. . . . As a sociologist, I tell my students all the time, they need to depersonalize. It’s not all about you,” Thornhill told the Washington Post. “I’m not talking about specific white individuals. I’m talking about a group racialized as white. So many people in this hyperindividualized society, they tend to take all this personally. They think they’re being attacked.”

I’m sick and tired of so-called academics like Professor Thornhill advancing a false narrative that white people have special privileges because they are white.

Florida Gulf Coast University needs to explain why our tax dollars are funding a class that flies in the face of the notion that we should judge people on the content of their character — instead of the color of their skin.