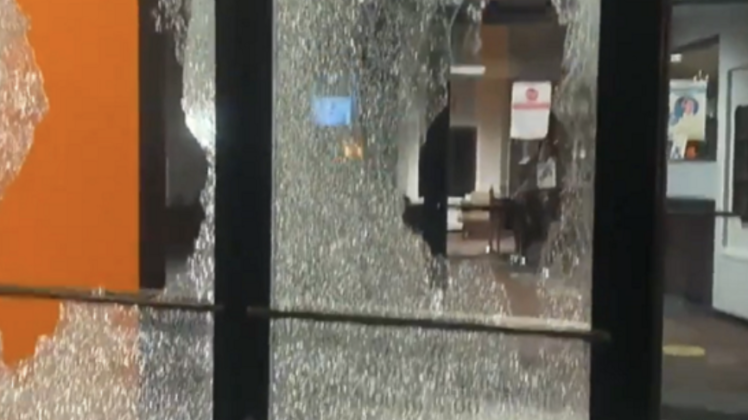 We apologize to the members of the Lloyd District and Irvington Neighborhoods for the loud announcements; however, the group marching on NE 11th Ave have broken windows at multiple businesses on NE MLK Jr. Blvd and the Lloyd District. (continued)

A look at some of the masked antifa rioters in Portland tonight as they escape from police. They smashed up businesses across northeast Portland in a planned Halloween riot against capitalism. #PortlandRiots pic.twitter.com/fsc0VysEgN

Protestors block the road a bit as ppb reminds everyone its a riot pic.twitter.com/LhdXQ7lTpY