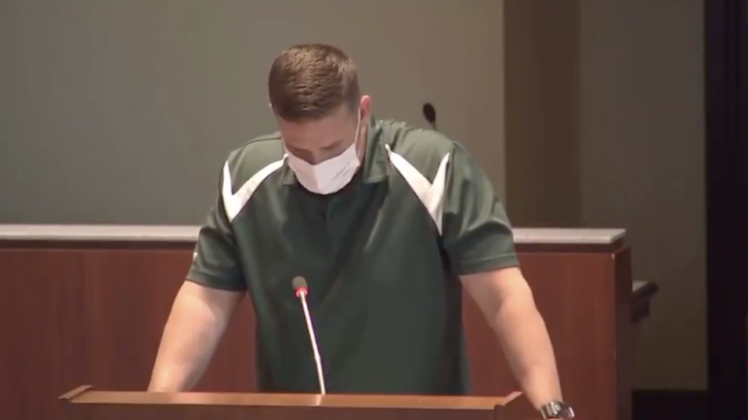 Tanner Cross, a grade school gym teacher, made the declaration at a Loudon County School Board meeting. Two days later he was removed from the classroom. Click here to watch his remarks.

“Tanner is a great American patriot. He’s the kind of man you want teaching your kids. He did the right thing first by taking a bold stand for freedom and second by reaching out to Alliance Defending Freedom,” the Todd Starnes Show host said.

He added: “Alliance Defending Freedom is one of the premier religious liberty law firms in the nation. Not only do they take on these kinds of cases, they win.”

“Educators are just like everybody else—they have ideas and opinions that they should be free to express. Advocating for solutions they believe in should not cost them their jobs,” the ADF president added. “School officials singled out his speech, offered in his private capacity at a public meeting, as ‘disruptive’ and then suspended him for speaking his mind. That’s neither legal nor constitutional. Dozens of other teachers have shared their beliefs on various policies without retaliation; Tanner deserves to be treated with the same respect.”