“WE WILL KILL YOU.” Conservative Journalist Faces Death Threats Over Pro-Israel Post 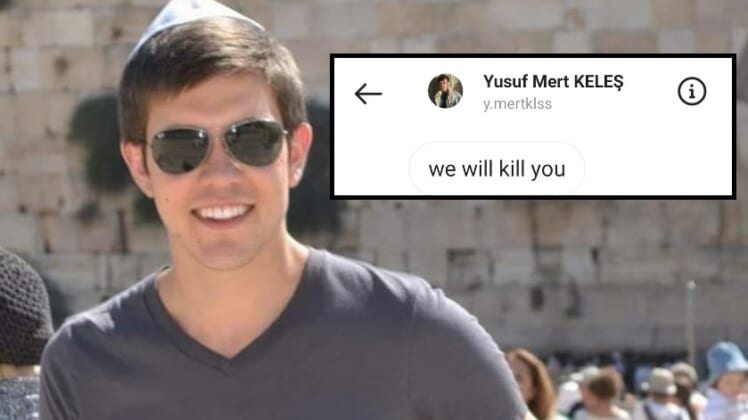 As Israel is under attack from Hamas terrorists in Gaza, Parke posted about why he supports the Jewish State as a Christian Zionist and ways people can support Israel.

But his messages of peace and support were met with a barrage of cyberbullying and threats of violence on his Instagram.

“We will kill you,” one anti-Israel user wrote.

Another commented, “all of you should be killed.”

“This ain’t got to do nothing with Israel and Palestine but Godam you got the most punchable face in the world,” another said in a message.

Parke, a former Fox News journalist, reported the messages to Instagram but hasn’t received any updates.

“It doesn’t surprise me that simply stating support for Israel is met with hate and threats of violence as the only Jewish nation in the world defends herself from Islamic terrorists,” Parke said Friday. “Anti-Israel hatred is in Congress, on college campuses, and, sadly, in many houses of worship today.”

He added, “I will not be silenced nor will I stop speaking up for our greatest ally, Israel.”

“We have been in touch with law enforcement and we plan to pursue charges against those who would threaten our journalists,” Starnes said. “We will not be bullied. We will not be intimidated – especially by anti-Semitic cowards.”