What in the Name of Foghorn Leghorn is Wrong With The Cartoon Network? 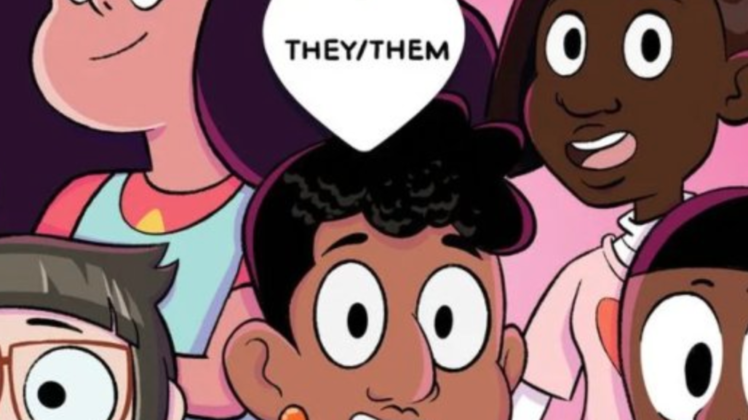 The Cartoon Network has decided to indoctrinate your child. The so-called family-friendly network is releasing a series of digital comic strips promoting a radical agenda from the sex and gender revolutionaries.

What in the name of Foghorn Leghorn is wrong with those folks?

It’s not just he and she – there are some people who prefer to go by they or them or it or ze or zir or something else.

And The Cartoon Network says that’s just fine with them.

“Here’s to not only normalizing gender pronouns, but respecting them, too. Whether you use he/she/them or something else, we acknowledge and LOVE you!” read the caption accompanying the comic strips.

Here's to not only normalizing gender pronouns, but respecting them, too ? Whether you use he/she/them or something else, we acknowledge and LOVE you! Toolkit ? https://t.co/ZbhthybrdC

The text at the bottom of the first comic strip asserts, “We can’t tell someone’s gender just by looking at them, and we shouldn’t assume we know. There are many gender identities beyond ‘girl’ or ‘boy’: some people don’t identify as any gender!”

One of the three characters in the first comic strip remarks, “Gender pronouns describe a person’s gender identity.” “Examples of pronouns are she/her, they/them, and ze/zir!” said another. The third character explains, “A lot of people are learning about gender. If you’re comfortable, you can share your own pronouns!”

As you might imagine, the LGBT activists gushed with joy over the news that a family-friendly network was going to target innocent children.

Pride.com called the cartoons “beyond adorable, and an especially powerful lesson for young people looking to understand the world around them with kindness and empathy.”

So the next time you let your kids watch Scooby Doo while they munch on a bowl of Fruity Pebbles don’t be surprised if Velma is a transgender dude and Shaggy is wearing a dress.