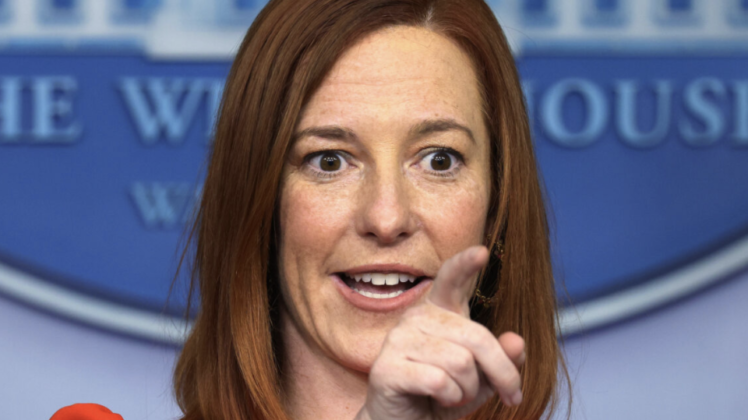 Psaki’s comments came after Dallas Mavericks’ owner Mark Cuban announced that his team would no longer play the Star-Spangled Banner at basketball games.

The NBA, facing enormous pressure from fans, later announced that all teams must play the anthem.

Q    Two topics.  First of all, what does President Biden think about the Dallas Mavericks’ owner, Mark Cuban, deciding to indefinitely stop playing the National Anthem before his National Basketball Association games?

MS. PSAKI:  Well, I haven’t spoken with the President about the decision by Mark Cuban on the Dallas Mavericks — or the, I should say, the National Anthem — but I know he’s incredibly proud to be an American and has great respect for the Anthem and all that it represents, especially for our men and women serving in uniform around the world.

He’d also say that, of course, that part of the — that pride in our country means recognizing moments where we as a country haven’t lived up to our highest ideals, which is often and at times what people are speaking to when they take action at sporting events.  And it means respecting the right of people, granted to them in the Constitution, to peacefully protest.  That’s why he ran for President in the first place, and that’s what he’s focused on doing every day.

MARK CUBAN/NATIONAL ANTHEM: Jen Psaki: “I know [President Biden's] incredibly proud to be an American and has great respect for the anthem… Of course, that pride in our country means recognizing moments where we as a country haven’t lived up to our highest ideals.” pic.twitter.com/WZn9H5qZjd