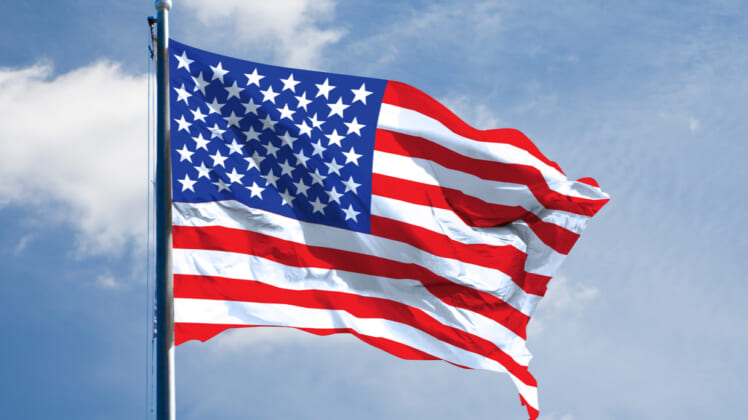 College students are not big fans of what the American flag represents, according to a new video.

Campus Reform reporter Ophelie Jacobson asked students what they thought of the American flag at the University of Texas at Dallas.

“Absolute love of the American flag, I think, is very obviously correlated to extremism in terms of overt nationalism,” one student said.

Another said, “I’ve definitely seen the American flag used as a racist symbol. You see people show up to, like, Trump rallies with their flags, waving it, screaming in people’s faces.”

One female student said, “A lot of what this country was founded on and stands on is a lot of injustice and again, a lot of genocide.”

She added: “I see a lot of American flags on church grounds, which I find very…not trustworthy because I don’t like the idea of tying in politics with religion, which is what this country really does, even to this day.”

National radio host and best-selling author Todd Starnes lamented that the anti-American indoctrination is no longer just on universities and college campuses, but is beginning as early as elementary school.