Biden: Trump Admin “Didn’t Do a Damn Thing” on Infrastructure 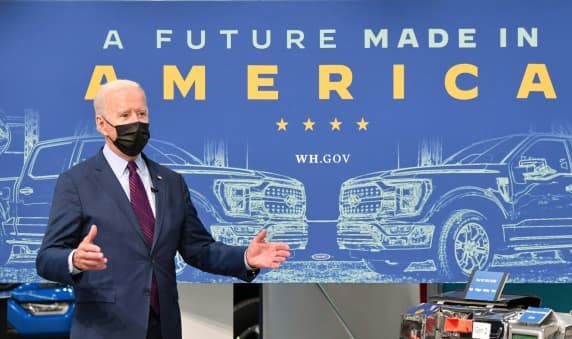 President Biden slammed the Trump administration Tuesday for not doing a “damn thing” on infrastructure.

He made the comments at the Ford Rouge Electric Vehicle Center in Dearborn.

WATCH THE VIDEO BELOW: