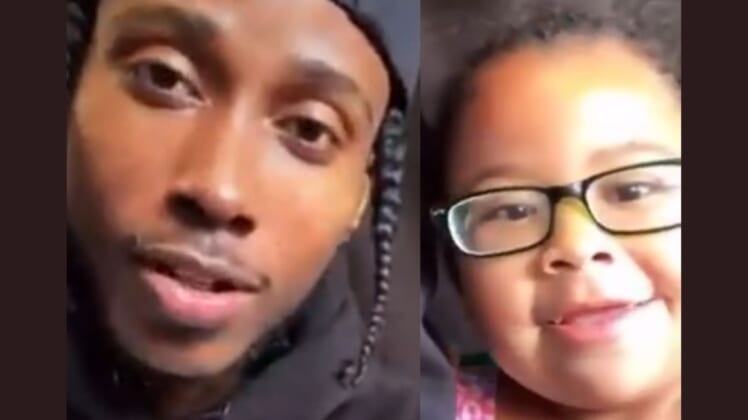 “Kory Yeshua” and his daughter posted the powerful video on TikTok and Instagram.

“Daddy teaches that you can be anything in this world that you want to be. Isn’t that right? Doesn’t daddy teach you that?” Yeshua says to his daughter.

And she responds, “Yeah, and it doesn’t matter if you’re black or white, or any color.”

He adds: “And how we treat people is based on who they are, not what color they are.”

His daughter chimes in: “And if they’re nice!”

“See this is how children think right here,” Yeshua said. “Critical Race Theory wants to end that. Not with my children. It’s not gonna happen. My baby’s going to know that no matter what she wants to be in life, all she has to do is work hard and she become that.”

She adds: “Work hard even though you don’t know anyone? You can make friends.”

Robby Starbuck shared his video on Twitter, calling it “one of the best videos opposing Critical Race Theory that you’ll ever see.”