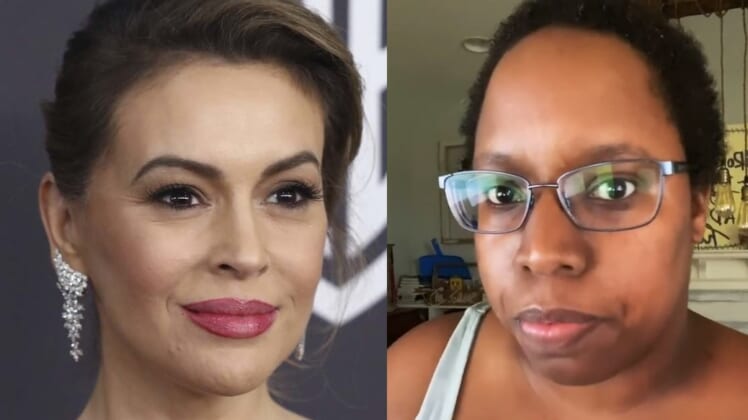 A black TikTok star is going viral for her video calling out Alyssa Milano as a “white supremacist” for comments she made about black men in America.

“For those of us who are not Black men, imagine watching the news and seeing how people…” Milano said in part.

Savannah Edwards, whose handle is @thisissavvy, then takes Milano to task in less than a minute.

“Imagine being a black man and being told by some white lady with a microphone that you and the criminal on TV are one and the same because you look alike,” she said.

She pointed out she is more likely to be shot by her black neighbor than a police officer.

Edwards concludes: “You don’t have to be a white supremacist. You can be better.”

WATCH HER TIKTOK VIDEO BELOW: