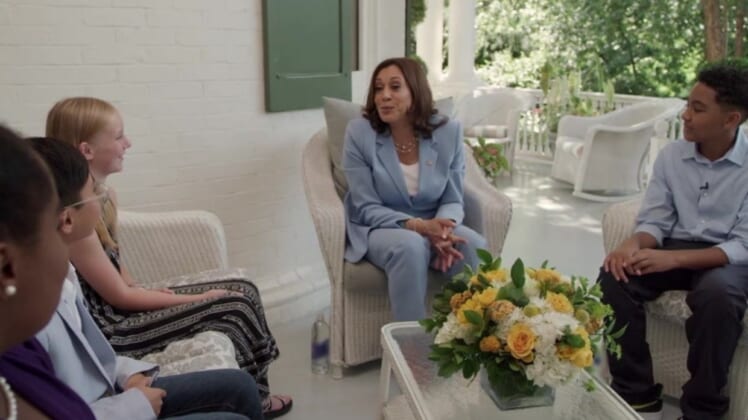 Fight back against Big Tech censorship by signing up for Todd’s free newsletter. Fill out the form below and then click subscribe!

Vice President Kamala Harris (D) is getting slammed on social media for a YouTube video with child actors promoting the NASA space program.

The video was reportedly filmed in August during the chaotic Afghanistan troop withdrawal using kids who auditioned with pre-approved questions and produced by Sinking Ship Entertainment, which is based in Canada.

“Just when you thought the most fake human being in the history of the world couldn’t get any more phony there’s this,” Trump said. “Her commitment to cringe is truly impressive!”

Others had similar reactions.

TODD STARNES is raising money this month for Alliance Defending Freedom’s FREEDOM FUND! ADF defends Americans who are under attack for their Christian faith. Click here to help ADF!