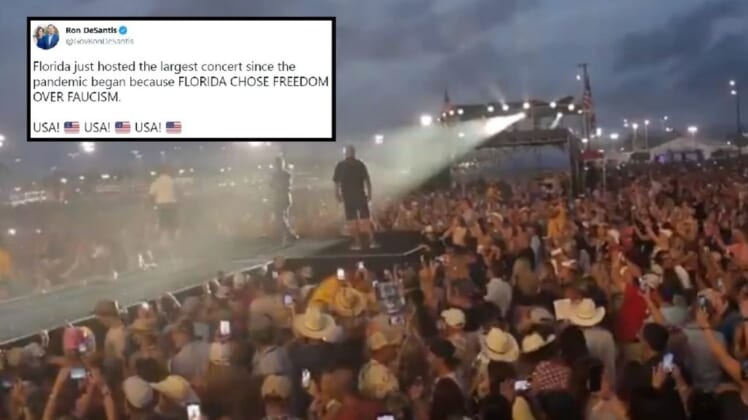 Moments before The Luke Bryan show began, DeSantis stepped into the spotlight to welcome fans to an “open” Florida. He also sent a strong message to other states about reopening: “Let people let their lives.”

“My message to other states and other countries: open your states, open your schools, let people live their lives, don’t make them wear masks,” the outspoken conservative leader said.

Following the event, DeSantis tweeted out: “Nothing says Florida is open like a night of live music…”