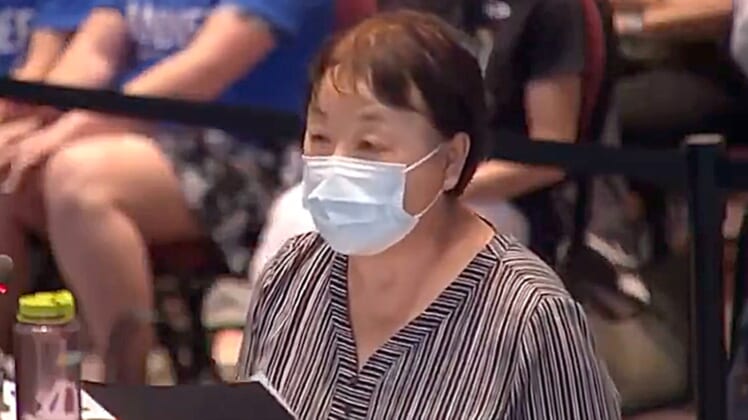 A Virginia mom who grew up in Mao Zedong’s Cultural Revolution eviscerated a school board Tuesday over its controversial support of Critical Race Theory, which she explained has roots in “cultural Marxism.”

“I’ve been very alarmed by what’s going on in our schools,” Xi Van Fleet told the Loudoun County School Board members at the public hearing. “You are now teaching, training our children to be social justice warriors and to loathe our country and our history.”

She compared CRT to the Mao-led Chinese Communist Party’s Cultural Revolution that left anywhere between hundreds of thousands to 20 million people dead from 1966 to 1976, statistics that have been shrouded in secrecy by the CCP.

“The communist regime used the same critical theory to divide people,” Van Fleet said. “The only difference is they used class instead of race.”

She said, growing up, she witnessed students and teachers violently turning against each other, changed school’s names to be politically correct, taught to denounce their heritage, and destroyed anything — books, statues — that was not communist.

“We were also encouraged to report on each other, just like the student equity ambassador program and the bias reporting system,” the mom said.

“This is indeed the American version of the Chinese Cultural Revolution,” she said. “The critical race theory has its roots in cultural Marxism. It should have no place in our school.”

Van Fleet, whose son graduated from Loudoun High School in 2015, laments how communist ideology has crept into the school system.

“To me, and to a lot of Chinese, it is heartbreaking that we escaped communism and now we experience communism here,” she told Fox News Wednesday night.