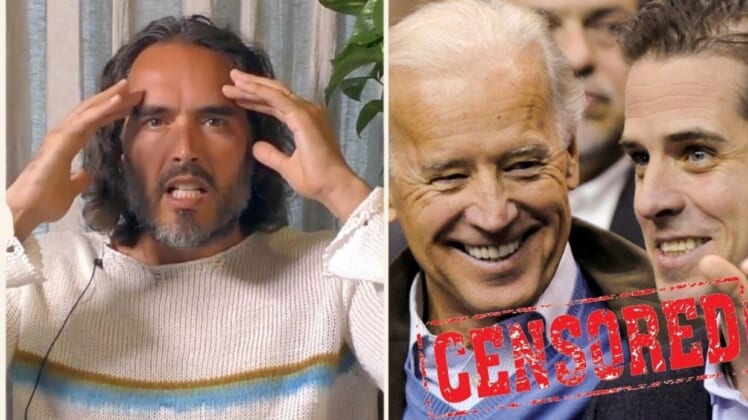 Actor Russell Brand slammed the Democrat Party for colluding with Big Tech and the mainstream media to influence the 2020 presidential election.

“Did the media and social media conspire together to keep information about Joe Biden and Hunter Biden’s relationship with foreign energy companies out of the media?” Brand said at the beginning of the show. “The answer is: yes, they did.”

Brand also took Facebook, Twitter, and the mainstream media to task for suppressing and censoring reports about Hunter Biden’s connections and Biden’s dealings with China.

“At a time when we’re talking about sleaze, corruption, financial misdemeanors and relationships between corporations, big business, and politicians, let’s just face it: unless you’re bloody stupid, you know that’s going on all the time. So, either change that or let’s stop pretending that politicians are aspiring to anything other than the advance of their own interests. And if there is a byproduct, a few people get helped along the way, well, then, that’s great,” Brand said.

“As I’ve said, Donald Trump, you know, I don’t think Donald Trump’s the answer, but I’m sad to realize that I can no longer even claim to believe that Joe Biden or the Democratic Party might be the answer, because look at how they behave. And look at the relationships between media, social media, and that party,” Brand concluded. “They conspired to keep information away from you because it was not convenient to their agenda.”

WATCH THE FULL VIDEO CLIP OF RUSSELL BRAND BELOW: