Schumer: Biden Will Let Children Use Bathrooms, Locker Rooms of Their Choice – Regardless of Gender 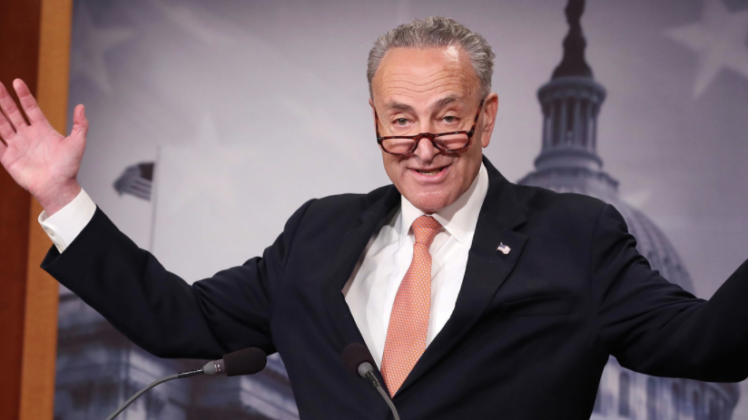 Former Vice President Joe Biden will allow boys who think they are girls to use the bathrooms and locker rooms of their choice, says Senate Minority Leader Chuck Schumer.

Schumer told reporters that he also backed Biden’s plan to let children play on sports teams in accordance with their gender identity.

In other words, there’s a very real possibility that biological girls may be excluded from female athletic teams to make way for a boy who identifies as a girl.

NEW: @SenSchumer says he backs Biden's plan to give transgender students access to "sports, bathrooms, and locker rooms in accordance with their gender identity" on his first day in office. pic.twitter.com/F6fBnz6Bsn

ABC News reports that Biden will propose sweeping protections of the LGBT community. Some of Biden’s other promises:

— Appoint an array of LGBTQ people to federal government positions. There’s wide expectation that Biden will nominate an LGBTQ person to a Cabinet post, with former presidential contender Pete Buttigieg among the possibilities.

— Allocate federal resources to help curtail violence against transgender people, particularly transgender women of color. Rights groups say at least 38 transgender or gender-nonconforming people have been killed in the U.S. this year.

— Bolster federal efforts to collect comprehensive data about LGBTQ people in the U.S. by adding questions about sexual orientation and gender identity to national surveys.

— Ensure that LGBTQ rights are a priority for U.S. foreign policy and be prepared to use pressure tactics, including sanctions, against foreign governments violating those rights.