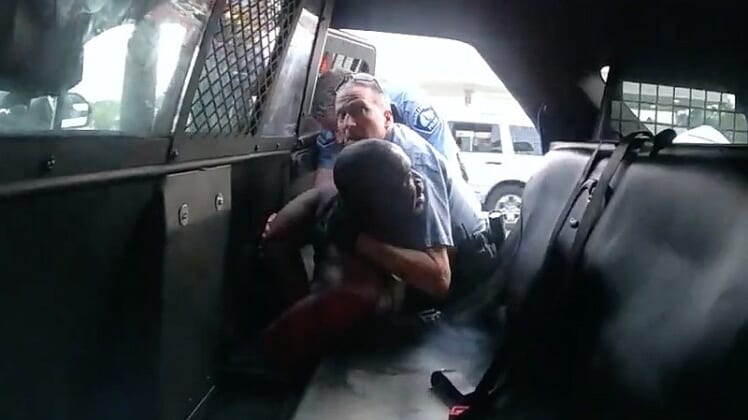 A special needs teacher in Fairbanks, Alaska was put on administrative leave after she told students George Floyd would be alive if he would have complied with police.

The teacher, Ms. Gardner, does not defend Derek Chauvin, but upset a parent who identifies as a woman of color. The mother said she should not talk about it as a white woman, during a discussion on race and law enforcement.

“I’m an old white lady and if the cops came up to me and said, ‘Ma’am, put your hands behind your back, you’re going to jail,’” she said. “I’m putting my hands behind my back.”

After a parent complained about Gardner, she was suspended.

A 15-minute video, a portion of the Zoom class, was posted online.

WATCH THE VIDEO BELOW: