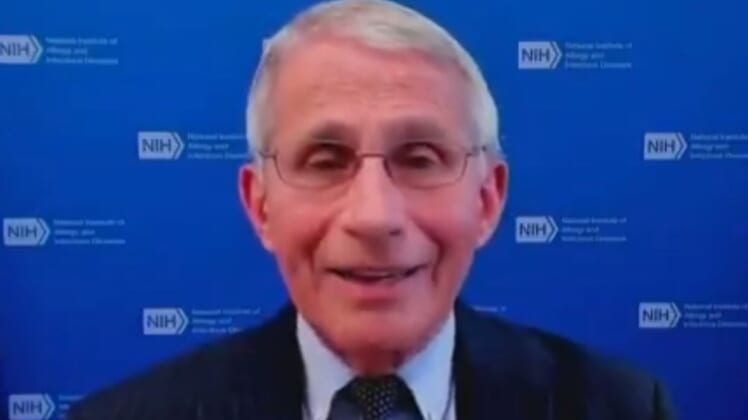 Dr. Anthony Fauci claimed supporters of former President Trump don’t understand how science evolves. Fauci was responding to criticism of his emails Wednesday during an interview on MSNBC.

National radio host and best-selling author Todd Starnes questioned why Fauci still has a job, adding, “Based on all the new evidence unearthed in Fauci’s emails — it makes you wonder if the shutdowns were more about trying to kill the Trump presidency than stopping the China Virus.”

“I wonder if you feel like you’re still making up some of that loss ground from many months under the last administration of not just no information, but disinformation being out there,” Wallace said. “Do you still see some hardness among his supporters around the vaccine or around some of these messages you’re sharing with us today?”

Fauci responded saying he was never anti-Trump in his emails.

WATCH THE FULL CLIP OF DR. FAUCI BELOW: