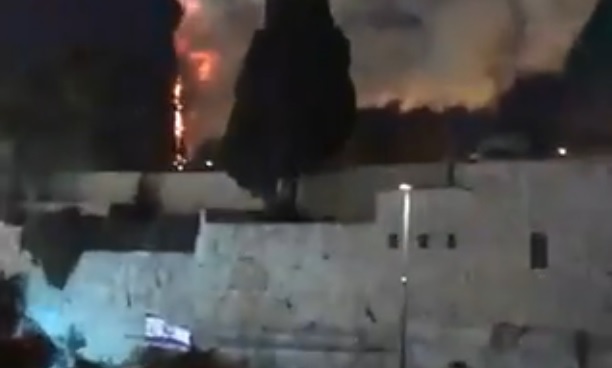 Amid unrest in Israel, the Temple Mount in Jerusalem was reportedly set on fire due to Arab rioters.

This comes after the IDF confirmed at least seven rockets were fired at Jerusalem Monday by Hamas terrorists.

“We hold the Palestinian terror group Hamas in Gaza accountable for this serious aggression against us,” the IDF said in a statement.