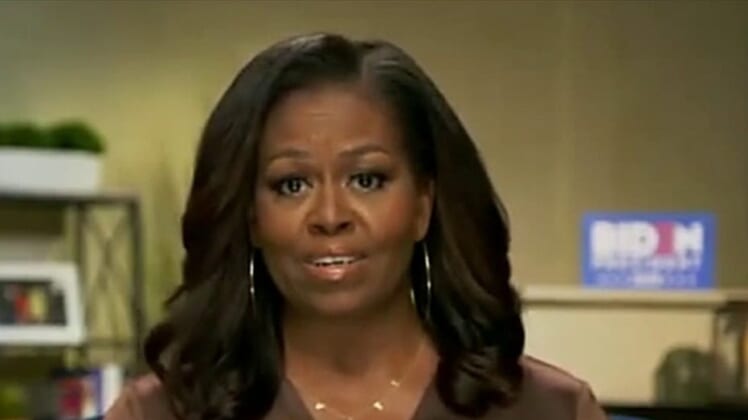 “CBS This Morning” host Gayle King interviewed Obama about the Derek Chauvin guilty verdict after the murder of George Floyd. Mrs. Obama brought up her daughters, Sasha, 19, and Malia, 22.

“They’re driving. But every time they get in a car by themselves, I worry about what assumption is being made by somebody who doesn’t know everything about them,” Obama said. “The fact that they are good students and polite girls. But maybe they’re playing their music a little loud. Maybe somebody sees the back of their head and makes an assumption.”

Obama added: “The innocent act of getting a license puts fear in our hearts.”

Todd Starnes, the nationally-syndicated radio host, pointed out that Mrs. Obama is guarded every day by armed members of law enforcement.

“Michelle Obama relishes any opportunity to take cheap shots at her country,” Starnes said. “And now she’s doing the same thing to the police. I would not be surprised to learn that she’s an honorary member of Black Lives Matter.”

Starnes said the great irony is that Mrs. Obama’s pals are the ones putting Trump supporters in danger.

It was Maxine Waters who once told her minions to “absolutely harass” Trump supporters in grocery stores, restaurants and gas stations.

“Perhaps ‘Mother Obama’ should take a cue from Madea and “put the shut to the up,” Starnes said.