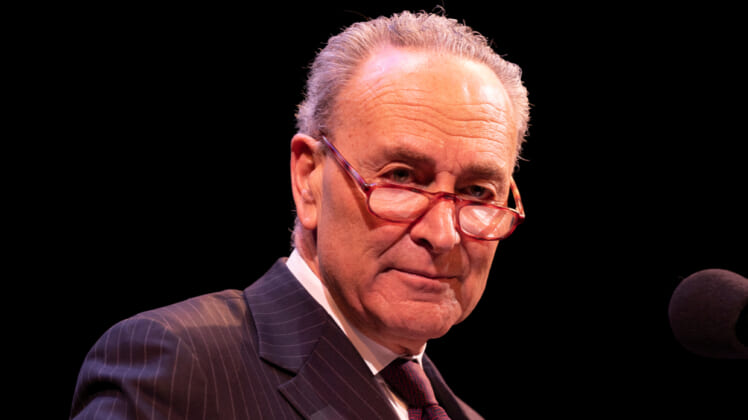 Senate Majority Leader Chuck Schumer referred to mentally challenged children who were homeless as “retarded” over the weekend.

During a podcast interview on public housing, the Democrat said: “I wanted to build when I first was an Assemblyman, they wanted to build a congregate living place for retarded children.”

Schumer added: “The whole neighborhood was against it, these are homeless kids. They just needed some help. We got it done.”

Former President Barack Obama signed a law in 2010 striking the term “mentally retarded” from most federal statutes and replaced it with other terms, and New York enacted a similar law in 2011, Politico reports.

WATCH THE VIDEO OF CHUCK SCHUMER BELOW: