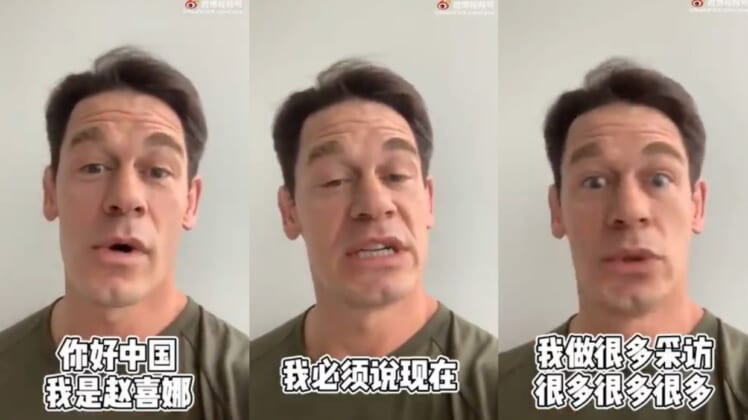 Speaking in fluent Mandarin, Cena apologized to Chinese viewers on his Weibo account, saying he made a mistake and is very sorry about it, Global Times reports.

Cena reportedly apologized for saying, “Taiwan is the first country that can watch F9.” China claims Taiwan is not self-governed democratic island nation but is instead part of the Chinese Communist Party’s territory.

“John Cena must be taking orders from the National Basketball Association,” the Todd Starnes Show host said. “The outrage from freedom-loving people around the world should be fast and furious.”

Hollywood and the NBA, as well as other American institutions, have come under fire for following China’s orders without calling out the communist country’s many human rights abuses against Christians and Uighurs.

LISTEN TO TODD STARNES DISCUSS CENA AND THE APOLOGY TO CHINA ON THE TODDCAST PODCAST BELOW: