‘Cape Cod Jonah’ Survives After Being ‘Swallowed’ by Whale 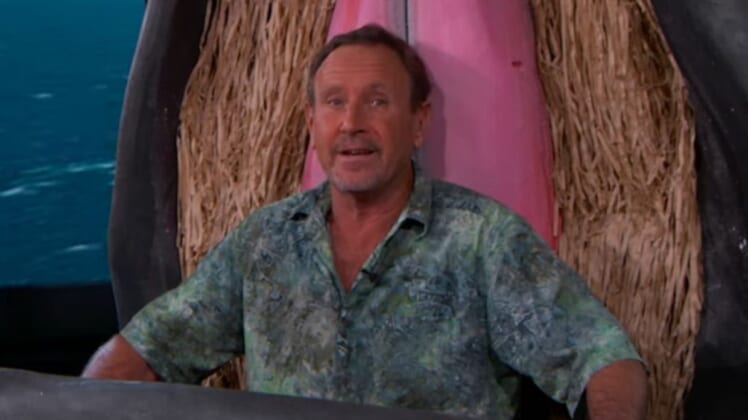 He wasn’t fleeing Nineveh but one Massachusetts man is being called “Cape Cod Jonah” after he too survived being “swallowed” by a big fish — a whale.

Michael Packard, a 56-year-old commercial lobster diver, thought he was attacked by a shark on Friday, June 11, in the waters of Provincetown’s Herring Cove Beach.

Packard was “swallowed” whole by a humpback whale.

When he appeared on “Jimmy Kimmel Live!” Wednesday night and was asked if he’d been swallowed by a whale before, he said, “Thank God, no!”

Unlike Jonah, however, he wasn’t there for three days and three nights. He shot out in less than a minute.

“All of a sudden, I felt this huge shove and the next thing I knew it was completely black,” Packard told the Cape Cod Times. “I could sense I was moving, and I could feel the whale squeezing with the muscles in his mouth.”

Marine biologists say it was most likely an accident as humans are not on a whale’s menu.

“The water off the Cape is pretty murky,” New England Aquarium’s lead whale researcher Peter Corkeron said in an interview NBC News-10 Boston, “and when whales are doing these feeds, they’re moving really fast… This [was] just an accident. I imagine the whale had this, ‘Oh my goodness!’ moment and probably got rid of him as quickly as it could.”

RELATED: ‘She’s a hero’: Pregnant mom risks her life to save kids from drowning

The whale resurfaced and shot Packard back into the murky water.

“I was completely inside; it was completely black,” Packard told Cape Cod News. “I thought to myself, ‘there’s no way I’m getting out of here. I’m done, I’m dead.’ All I could think of was my boys—they’re 12 and 16 years old.”

The Daily Astorian reports that he also survived a small plane crash in a Costa Rica jungle. Now he has another whale of a story with biblical proportions to tell.

“Thank God it wasn’t a white shark,” his sister, Cynthia Packard, said. “He sees them all the time out there.”