WHERE WAS JOE? President 3.5 Hours Late to Presser 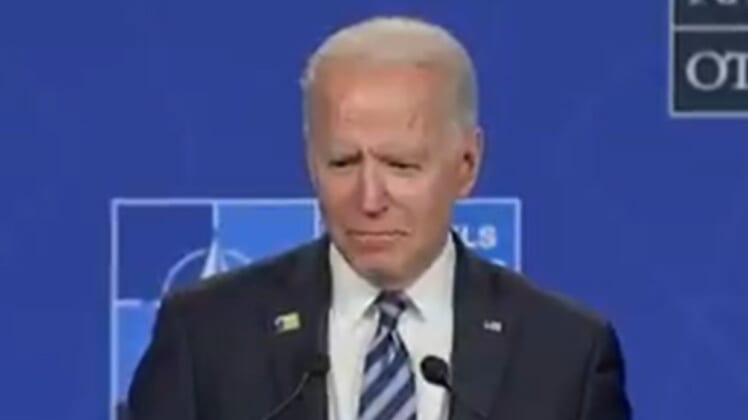 President Biden called on reporters after showing up three and a half hours late to his NATO press conference.

The White House did not provide an explanation for the delay, NBC reported.

When asked about Russian President Vladamir Putin, Biden said, “He’s bright. He’s tough. And I have found that he is a, as they say when I used to play ball, a worthy adversary.”

But then when another reporter asked Biden if he still thinks Putin is a killer, he had a long pause before giving a non-answer.

“Well, look he has made clear that, uh,” Biden said before pausing. “The answer is I believe he has in the past, essentially acknowledged that he was, there are certain things that he would do or did do.”