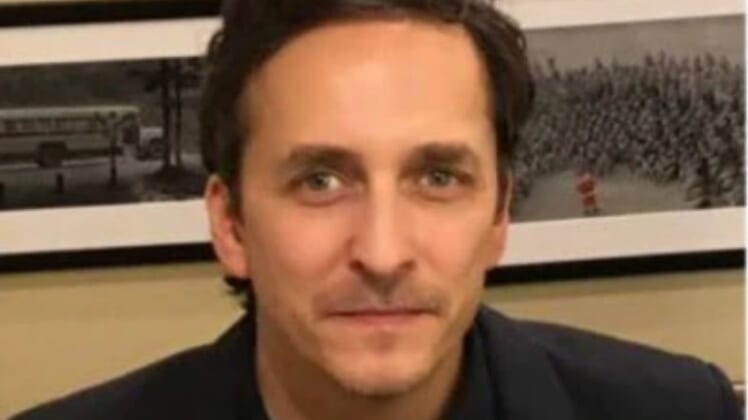 An American journalist was shot and killed and another was wounded by Russian forces near Kyiv, the State Department confirmed Sunday.

Click here to read Todd’s prophetic book on how the socialists plan to take over America.

Brent Renaud, 50, was killed by Russian troops, and Juan Arrendondo, a documentary filmmaker, was injured in the attack, according to local reports and a video posted by a public hospital in Kyiv.

“We offer our sincerest condolences to his family on their loss,” a State Dept. spokesperson said.

White House national security adviser Jake Sullivan called reports of Renaud’s death “shocking and horrifying,” telling “Face the Nation” the U.S. and its allies would impose “appropriate consequences” against Russia for the killing.

A spokeswoman for the Times said Renaud was a “talented filmmaker who had contributed to The New York Times over the years,” most recently in 2015, but he “was not on assignment for any desk at The Times in Ukraine.”

TIME issued a statement confirming that Renaud was “in the region working on a TIME Studios project focused on the global refugee crisis.”

“We are devastated by the loss of Brent Renaud,” TIME Editor in Chief and CEO Edward Felsenthal and President and COO of TIME and TIME Studios Ian Orefice said in a joint statement. “As an award-winning filmmaker and journalist, Brent tackled the toughest stories around the world often alongside his brother Craig Renaud. In recent weeks, Brent was in the region working on a TIME Studios project focused on the global refugee crisis. Our hearts are with all of Brent’s loved ones. It is essential that journalists are able to safely cover this ongoing invasion and humanitarian crisis in Ukraine.”

Arredondo, in a video taken by hospital staff, said he Renaud were headed to film refugees leaving Kyiv when they crossed a checkpoint and came under fire.

“Somebody offered to take us to the other bridge, and we crossed a checkpoint, and they started shooting at us. So the driver turned around, and they kept shooting, two of us. My friend is Brent Renaud, and he’s been shot and left behind,” Arredondo said. “I saw him being shot in the neck, and we got split, and I got pulled.”