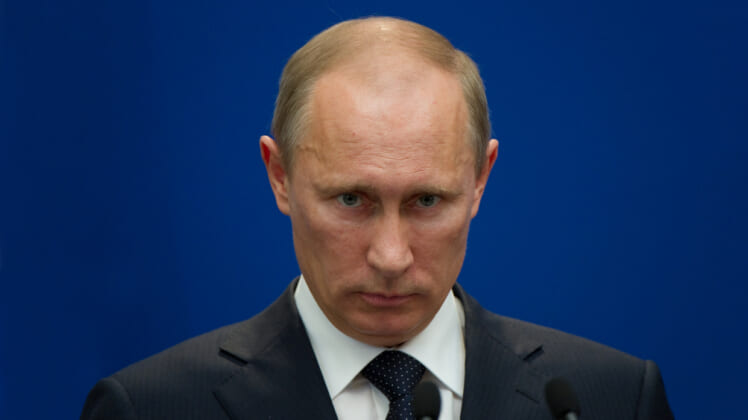 Russian President Vladimir Putin just took one step closer to invading Ukraine Monday, which could lead to another war in Europe.

Click here to sign up for Todd’s daily newsletter – the only way to avoid censorship of conservative news!

“Today, the leadership of the DPR and LPR received appeals to recognize their sovereignty in connection with the military aggression of the Ukrainian authorities, massive shelling of the territory of Donbas, as a result of which the civilian population suffers,” the Kremlin statement read, repeating claims of military aggression that Ukraine has repeatedly denied and disputed.

The Kremlin said Putin discussed his decision with French President Emmanuel Macron and German Chancellor Olaf Scholz and is expected to sign a formal decree “in the near future.”

Both Macron and Olaf reportedly expressed their disappointment but indicated they will continue diplomatic talks.

Pentagon Press Secretary John Kirby told Fox News Putin is “acting in a way consistent with a man who has decided that he wants to invade Ukraine again.”

“We’re absolutely prepared to sit down and seriously discuss with Mr. Putin a diplomatic way forward here, and we have been serious about it now for weeks,” Kirby said. “We have laid out tangible potential proposals here for the Russians to reciprocate. And they simply haven’t been willing to go there.”

President Biden is reportedly meeting with his national security team at the White House.