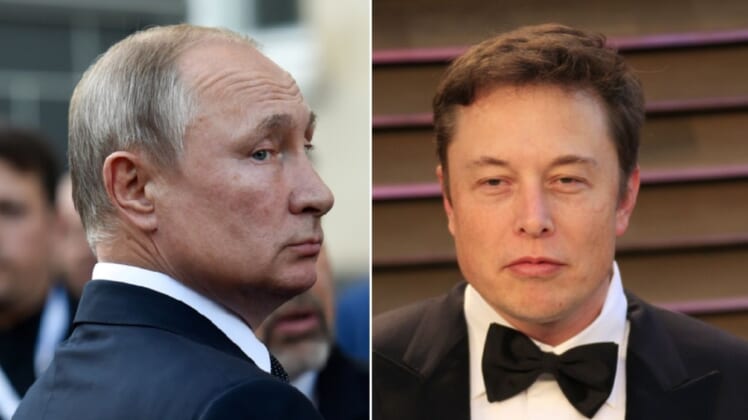 Click here to read Todd’s prophetic book on how the socialists plan to take over America.

The American billionaire called for “single combat” against the former KGB officer with the stakes being Ukraine.

“Did you think this through?” one user asked.

“I am absolutely serious,” Musk answered.

LIVE TODD STARNES SHOW: Trump Was Right About Everything

The one is a meme that says, “Netflix waiting for the war to end to make a movie about a black ukraine guy that falls in love with a transgender russian soldier.”