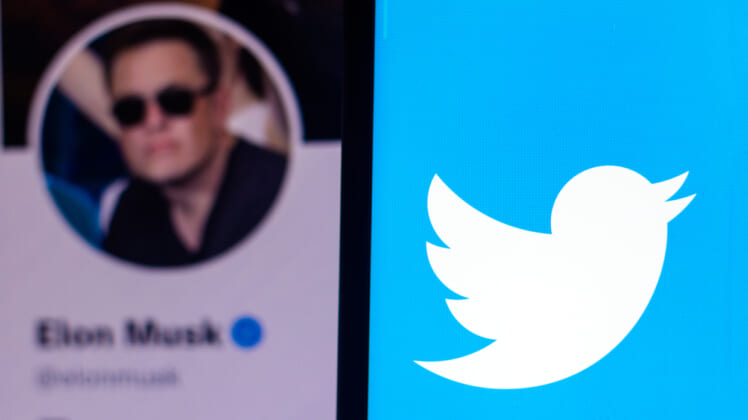 “The two sides worked through the night to hash out a deal that would be valued at $54.20 a share, or $44 billion,” the Wall Street Journal reported.

“Free speech is the bedrock of a functioning democracy, and Twitter is the digital town square where matters vital to the future of humanity are debated,” Musk said in a statement.

“I also want to make Twitter better than ever by enhancing the product with new features, making the algorithms open source to increase trust, defeating the spam bots, and authenticating all humans,” Musk added. Twitter has tremendous potential – I look forward to working with the company and the community of users to unlock it.”

“The Twitter Board conducted a thoughtful and comprehensive process to assess Elon’s proposal with a deliberate focus on value, certainty, and financing,” Bret Taylor, Twitter’s Independent Chair, said in a statement. “The proposed transaction will deliver a substantial cash premium, and we believe it is the best path forward for Twitter’s stockholders.”

“Twitter has a purpose and relevance that impacts the entire world. Deeply proud of our teams and inspired by the work that has never been more important,” Parag Agrawal, Twitter’s CEO, said.

The Tesla and SpaceX CEO made the shocking announcement last week he had secured $46.5 billion in financing to acquire Twitter.

Twitter’s board reportedly met Sunday to evaluate Musk’s offer and the two sides worked through the night.

“I hope that even my worst critics remain on Twitter, because that is what free speech means,” Musk tweeted Monday before an official announcement.

Musk’s bid began when he made the largest purchase of shares in the company and started calling for changes on Twitter.

“I invested in Twitter as I believe in its potential to be the platform for free speech around the globe, and I believe free speech is a societal imperative for a functioning democracy,” Musk said his offer letter to Twitter. “However, since making my investment I now realize the company will neither thrive nor serve this societal imperative in its current form. Twitter needs to be transformed as a private company.”