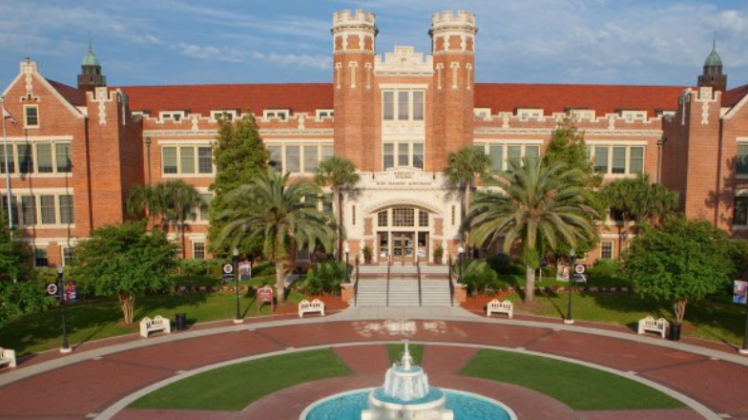 Logan Spena, a lawyer for the Alliance Defending Freedom, on Monday praised a federal judge’s ruling last week that ordered Florida State University to continue to pay its ousted student senate president after comments he made in a private chat that were deemed offensive.

Jack Denton, the student who is also a member of the Catholic Student Union, faced backlash among peers over a post he made about the ACLU and Blacklivematter.com.

NANCE: ACB ‘TRIGGERED’ DEMS BECAUSE SHE IS A BRILLIANT JURIST AND A PERSON OF FAITH

Spena said the student union has a private group chat that consists of a wide range of topics. He said that another student shared a video in June promoting BlackLivesMatter.com and the ACLU.

Spena said his client wanted to make sure that his fellow Catholic students were informed about what they could be supporting, so he told the group that the ACLU and the Black Lives Matter website “support policies that are inconsistent with the Catholic teachings.”

“Somebody got a hold of those messages, shared them and the student senate removed Jack as the president,” he said.

Spena said he tried to appeal to the school so the matter could be resolved outside of court, but was unsuccessful.

“So we went and filed the lawsuit and the court said it clearly violated Jack’s rights and ordered the university to stop enforcing that removal and to pay Jack what he’s due as the rightful student senate president,” he said.

Spena said the court’s ruling was a preliminary injunction and Denton has not yet been reinstated as senate president.

He said the judge’s order for the school to continue to pay his client at the outset of the case is a “big win because it recognizes, even before the case is over, that the violation was so blatant and so clear that something had to be done.”

The Tallahassee Democrat reported that the school must pay Denton six hours per week for the remainder of the term at $8.75 per hour. His term ends in November, the report said.

Carolyn Egan, FSU’s general counsel, told the paper the university “has never taken a side between Mr. Denton and those who voted to impeach him, and we hope that the court’s order will allow the Student Senate to get back to the business of student government.”

“Students don’t lose their constitutional freedoms just because they walk onto a campus,” Spena said.